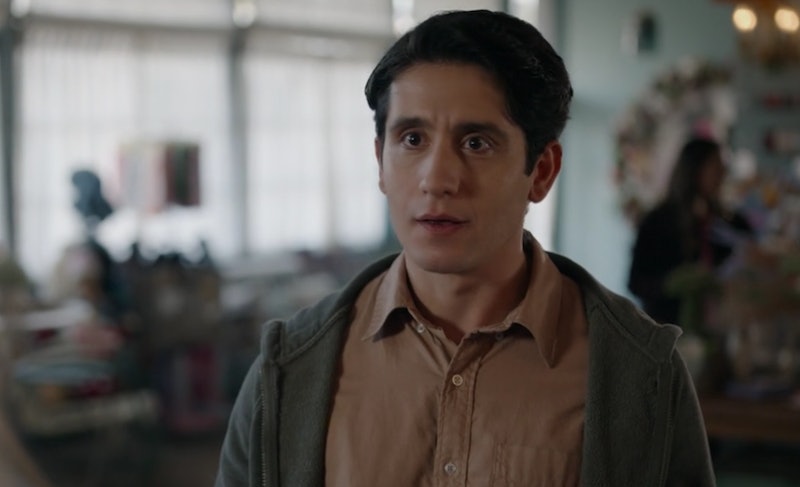 Spoilers ahead for Good Girls Season 3, Episode 6. During Good Girls' March 22 episode, Beth, Ruby, and Annie did their best to convince Lucy's boyfriend Max that she'd left him (and not that she'd been murdered by Rio's henchman, which is what really happened). They went so far as digging up her body to unlock her phone and then mailing said phone to Arizona. These ladies were committed to the lie. And they would have gotten away with it...if Max hadn't gone to donate his leftover bird food to the local veterinarian and realized that Beth's husband Dean had his bird.

Keeping the bird was a huge mistake on Beth's part, because it directly connects her to Lucy's disappearance. Whereas Max may have previously thought that Lucy took the bird with her to Arizona, he now knows something is up. And it's only a matter of time before he connects Dean to Beth and realizes that she had something to do with Lucy going missing.

The synopsis for the next episode (airing March 29) hints that the women let Max in on their secret in order to team up with him and take down Rio. "The women call on an unexpected ally to help Max seek revenge. But when their plans go awry, Ruby's life is put in jeopardy," the description reads.

Maybe Beth is hoping Max will be the fall guy so that she can get revenge on Rio, thereby taking care of her own problem. But as with most of the women's ideas, it seems to go south in a way that could put Ruby in harm's way. It could also get Max killed, because he's not mentioned in the following week's synopsis nor is the actor Wesam Keesh listed in any Good Girls episodes beyond the March 29 one.

It's possible his later appearances just haven't been announced yet, but it's more likely that Max's story wraps up next week, either because he meets the same fate as Lucy or skips town for his own safety. Either way, hopefully the bird's OK!!!