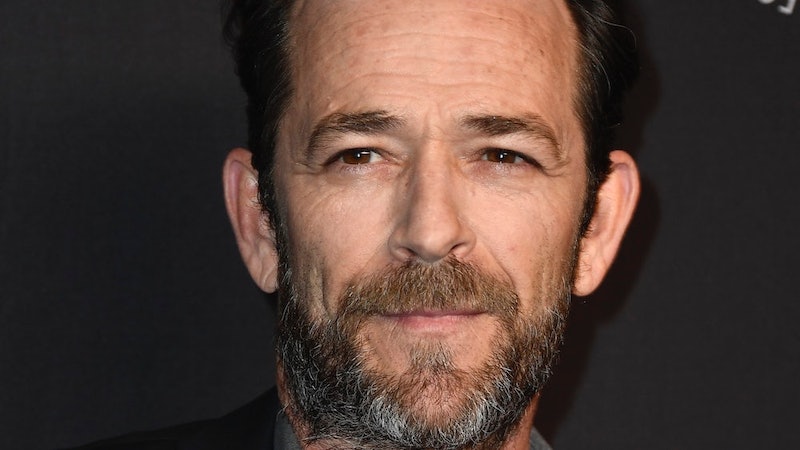 In his final performance prior to his death, Luke Perry’s role in Once Upon a Time in Hollywood proves he was a Western-loving perfectionist. The late actor, who died at 52 from a stroke on March 4, stars in Quentin Tarantino’s upcoming ‘60s thriller Once Upon a Time in Hollywood as Wayne Maunder, an actor who starred in the CBS Western Lancer as Scott Lancer between 1968 and 1970. Once Upon a Time in Hollywood follows TV star Rick Dalton (Leonardo DiCaprio) and his stunt double Cliff Booth (Brad Pitt) as they grapple with the changing landscape of Hollywood in 1969 Los Angeles. In the film, Perry’s Maunder meets DiCaprio’s Dalton on the set of his Western when Dalton takes on a guest role on the show.

Ahead of the film’s July 26 theatrical release, Tarantino spoke to Entertainment Weekly about working with Perry prior to his sudden death. According to the renowned director, Perry was a complete professional and even had a hand in the role he would play. Tarantino even revealed that the late actor possessed an affinity for Westerns. “It was really fun,” Tarantino told EW. “I had a couple of different roles I could have put Luke in. Luke was like, ‘I want to be on the Western show!’ Because he’s just a really great rider and he loves doing Westerns.”

He added of Perry’s perfectionism while coordinating stunts, “When we did one of his big horse scenes, Luke slides the horse to the front of the saloon and all the other riders fall in alongside him. I was like, ‘Luke, do you want us to help you out? Do you want me to put a mark on the ground?’ He was like, ‘Quentin? You could take a dime and throw it in the dirt and I will land on that dime. The take you’ll use is when everyone else gets it right.’”

Once Upon a Time in Hollywood, which features an ensemble cast, pays homage to the final years of the Golden Age of Hollywood. The film stars Margot Robbie, Al Pacino, Kurt Russell, Dakota Fanning, Timothy Olyphant, and more. At the film’s Los Angeles premiere on July 22, DiCaprio gushed about his late co-star and revealed that he was “starstruck” by the Beverly Hills, 90210 alum. “I grew up with him on [Beverly Hills] 90210, looking up to him as literally the coolest dude on Earth. And honestly, when I was on set, I was starstruck,” he told Extra. “We got to sit down and chat. He couldn’t have been a more amazing human being. It’s a real tragic loss.”

Ahead of the premiere, Perry’s two children paid homage to their late father and his last film on social media. On Instagram, Perry’s son Jack shared a sweet photo of himself propped on a large billboard with his father’s face. “Big premiere tonight. He deserved this, and I’m very proud of it,” he wrote. “A stud in life, and forever after. The best of the best. Love you forever.”

Elsewhere, Perry’s daughter Sophie shared an Instagram photo of her dad’s movie poster. "It both breaks my heart and fills it with pride at the same time, to know that this film, this little point in history, is here," she wrote. "My dad has never been more excited in his life than he was to be part of this. He was like a kid faced with a banana split the size of his head, or a trip to Disneyland, or I don’t even know what."

Once Upon a Time in Hollywood arrives in theaters on July 26. For Luke Perry fans, the film will be so bittersweet.