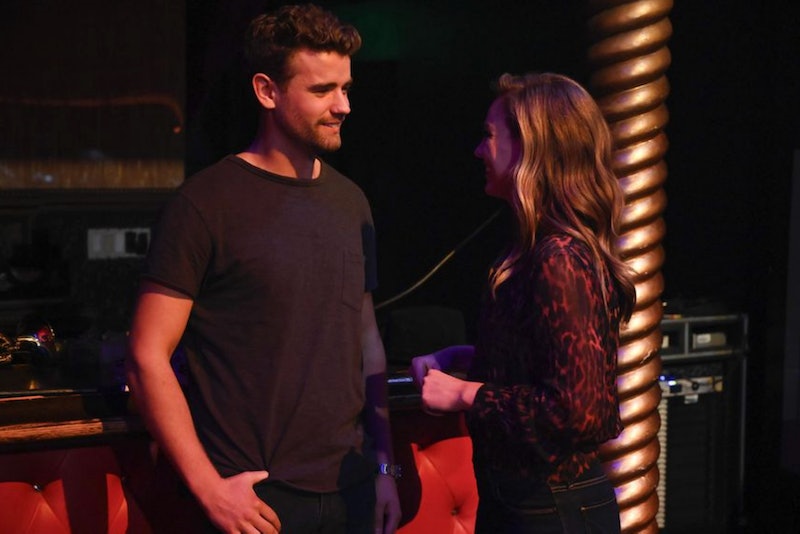 Two Lukes enter The Bachelorette-dome, and one Luke quits before the show can stick them on a two-on-one date together and leave them on a remote island to iron out their Luke vs. Luke drama for our entertainment. Luke Stone’s Bachelorette exit, which viewers saw on the episode that aired on Tuesday, June 11, was indeed partially about Luke Parker. However, as he explained on the Wednesday, June 12 episode of Good Morning America's Strahan and Sara, there was more to it than that. Luke S. felt like Hannah Brown did not see his side of the whole rugby 'n' tequila debacle — or any of the guys' issues with Luke P., for that matter — and he decided to move on.

“A lot of people seem to think that it stems from the whole Luke P. situation, which it does, that was a catalyst. I think for me that night was long, it was hard, and I tried my best to sort of communicate with Hannah and to sort of figure out where her head was at. To me, being there, I felt like she didn’t trust me. And I think that was enough for me to leave, because trust is the basis of any relationship. Without trust you can’t have a relationship. When I felt like I’d lost that, that was when I felt like I needed to leave.”

After Luke P. and Luke S. spent multiple episodes literally and figuratively butting heads, they finally sat down with Hannah at a cocktail hour to ostensibly work through their issues with one another. This only made matters worse. The Lukes sniped at each other, Hannah removed herself from the conversation, the cocktail hour was cut short, and it was time for the rose ceremony.

But before the rose ceremony could begin, Luke S. pulled Hannah aside, apologized for any behavior that might've hurt her, told her to watch out for some of the other dudes (now, who could he possibly be talking about?), and excused himself from the competition. And with that, only one Luke remains. Well, for now, at least. Hannah did not give Luke P. a rose after their one-on-one date, but there is always next week's rose ceremony.

After the Luke P. mess hit the fan like it did, Luke S. realized he did not sense trust at the foundation of the relationship he was trying to cultivate with Hannah, so he figured it was best to just call it. Which hey, sometimes you have just got to listen to your gut, even if it means quitting a reality show riiiiight before the cast is about to take what looks like a fantastic trip to Scotland. Will Hannah finally listen to the part of her gut that keeps telling her Luke P. is basically a red flag factory? Suppose we will just have to wait until next week's episode (or the episode after that, or the episode after that, or the episode— you get it) to find out.