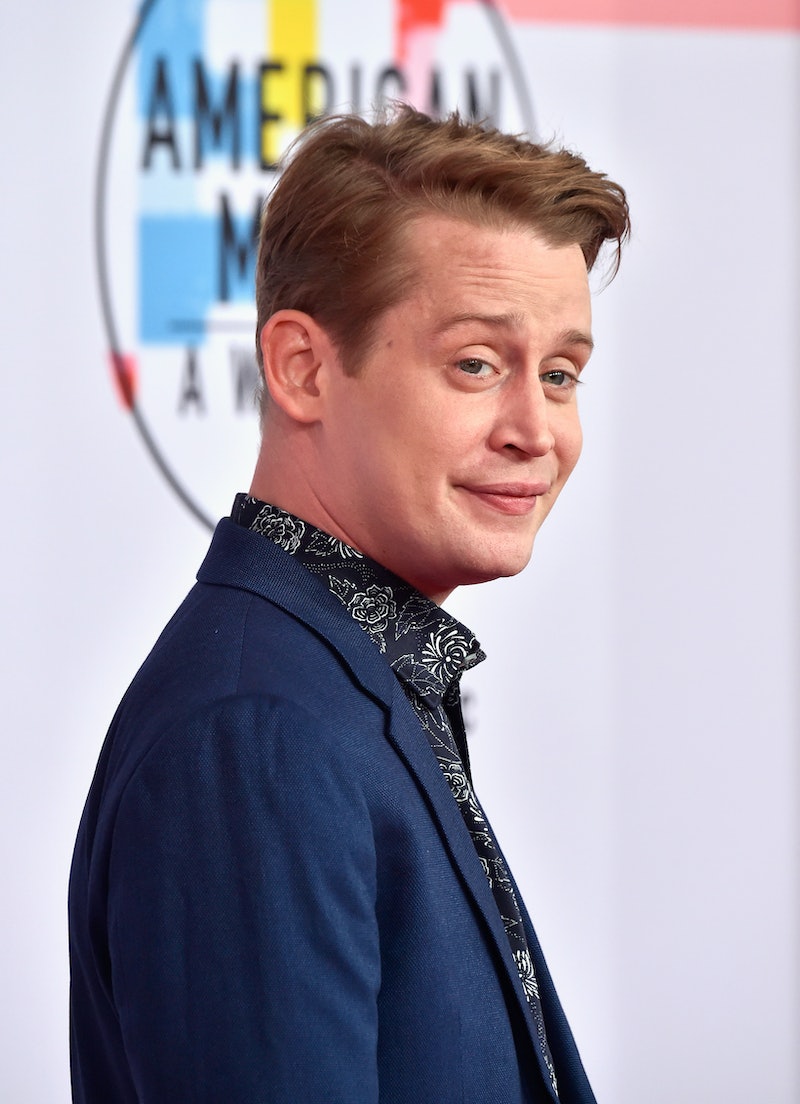 More than 28 years after its theatrical debut, Home Alone continues to be a holiday favorite for many. While the masses flock to their televisions to relive the joy of the Christmas classic, Macaulay Culkin explaining how he watches Home Alone with potential girlfriends proves that he's totally mastered the skill of "Netflix and chill."

While reflecting on one's childhood with a romantic interest would be uncomfortable for some, Culkin's comments, shared by Entertainment Tonight, make it apparent that he's learned to embrace his association with the beloved film.

During a Wednesday, Nov. 29 interview on The Tonight Show Starring Jimmy Fallon, The Good Son actor explained what it's like to take a trip down memory lane with his girlfriends. In his sit-down, Culkin shared, "You get like a new girlfriend and she's flipping through the channels and then there's Home Alone and she's like, 'Ehh, you wanna watch it?'" Jokingly explaining the scenario to host Jimmy Fallon, Culkin continued, "I'm like, ‘You wanna watch Home Alone with Macaulay Culkin, don’t you?’ And she’s like, ‘Yes!’”

With a sheepish grin, Culkin went on to share,

"I have indulged that. Most of the time I’m just muttering my lines under my breath, like, ‘Keep the change you filthy animal.’ Whatever gets her motor running, I guess."

The notoriously private entertainer is currently involved in a serious relationship with Disney alum, Brenda Song. Back in August, he revealed on The Joe Rogan Experience podcast that he wanted to “make some babies” with the Suite Life of Zack & Cody star. The pair have reportedly been an item since 2017, according to ET. However, it's unclear whether or not they've shared any special Home Alone viewing moments together.

Despite being nearly three decades old, Home Alone and its sequel continue to have a major impact on Culkin's life. As he told Fallon, he gets “recognized more this time of year.” And though Culkin may be cool with re-watching the film with someone close to him, he tends to shy away from the character while in the public arena.

In an April 2018 appearance on The Ellen DeGeneres Show, Culkin even revealed that he avoids leaving the house during the holidays. He told Ellen DeGeneres, "It's my season. It's Macaulay season. I try to go out less and less that time of year."

He went on to say that he often has to turn fans down who request that he reenact his character Kevin McCallister's infamous scream face. He explained, "I've already been there done that, guys ... I'm 37 now, OK?"

Although he was one of the most widely-recognized young faces of the '90s, Culkin very rarely returns the spotlight and had only made brief appearances in recent years. Explaining his reason for the retreat from Hollywood, Culkin told DeGeneres,

Now 38-years-old, Culkin seems to be taking his youthful fame all in stride. "Macaulay Culkin" season may not be the actor's favorite time of the year, but it's nice to hear that he's embraced Home Alone in his dating life, at the very least.