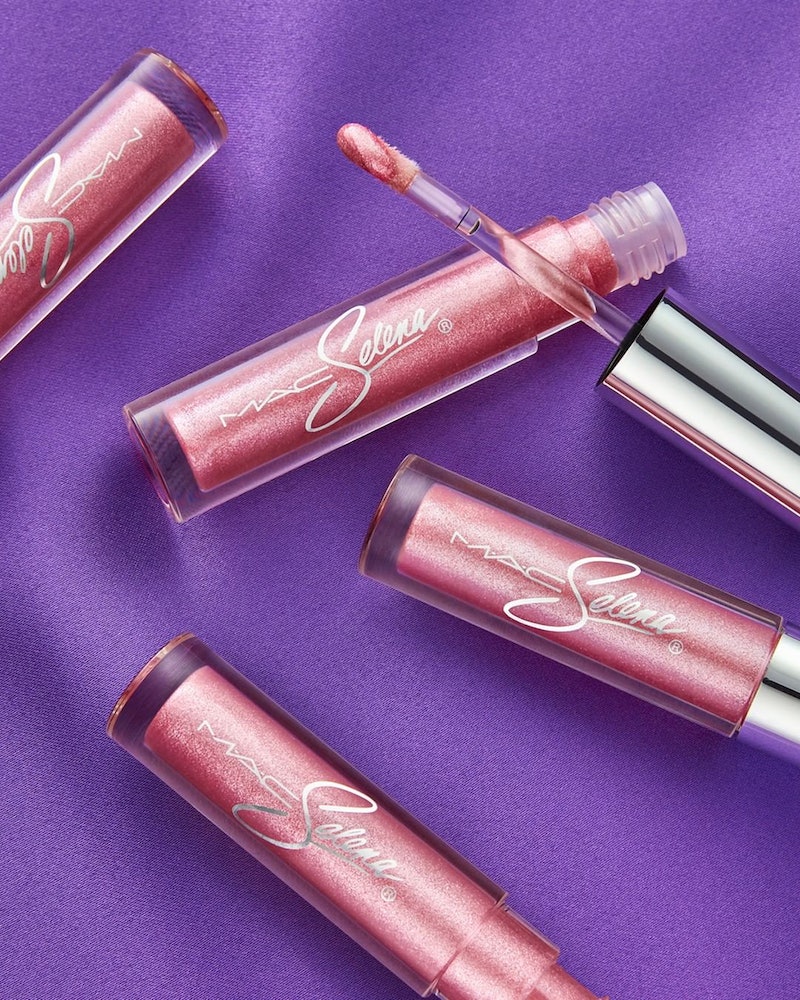 Although details have been scarce, fans have still been excited about the news of MAC's latest Selena makeup collection. Now, there's info on the full product lineup, out later this month, and Bustle also has an exclusive look at a never-before-seen photo of the famous singer and her sister, Suzette Quintanilla Arriaga, who collaborated with the brand on the release.

MAC broke the news of the second collection, called Selena La Reina, in February when the brand revealed it would include the Bidi Bidi Bom Bom Lip Glass — a pink lip gloss — and a new highlighter. Other items include a neutral and rose-toned eyeshadow palette called Mi Siento...Muy Excited, as well as 12 lip products, Extra Dimension Skinfinish highlighter, and a makeup bag.

The collection's rhinestone packaging will look familiar to fans of the late singer, whose studded bustier was one of her iconic looks. In a statement, Arriaga said, "This collection is so special to me because it celebrates Selena’s 25-year legacy and I wanted the packaging to be fun and memorable! The true inspiration behind the packaging is Selena’s ICONIC rhinestone bra and really led to the holographic feel for the rest of the collection, so it pulled everything together!”

To celebrate the collection, MAC partnered with Arriaga to share an exclusive image of her with the singer. The pair are seen backstage following Selena's performance at the Tejano Music Awards, the singer's huge smile accented with her signature red lip color.