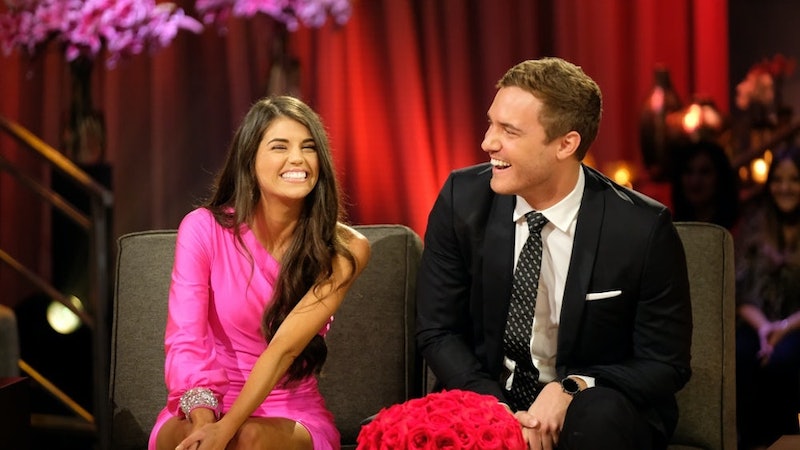 Madison Prewett and Peter Weber may have decided to go their separate ways after The Bachelor came to a close, but that isn't the only type of heartbreak the Alabama native faced during her time on the small screen. While speaking to Chris Harrison on Monday's episode of The Bachelor: The Greatest Seasons -- Ever!, Madison opened up about her Bachelor fight with Peter's mom Barb, which aired live on the season's After the Final Rose special. And she admitted that the intense altercation made her very emotional once the cameras stopped rolling.

Throughout the segment, Barb appeared very hostile toward Madison, even going so far as to verbally declare her disapproval over Madison and Peter's relationship and predicting that they just weren't going to last as a couple. "He's gonna have to fail to succeed. That's it," Barb said at the time, in reference to Madison and Peter. "All his friends, all his family, everyone that knows him knows that it's not, you know, it's not gonna work." As a fan, those remarks were difficult to watch play out, but according to Madison, being on the receiving end of them felt even worse.

"I was very upset after. I really was," Madison shared with Harrison, while looking back on the heartbreaking incident. "But now, I'm just in such a good place now. But after the show, yes, I cried."

However, just like on the night of the finale, Madison has chosen to take the high road in regards to the whole situation and claims to have no ill will towards Peter's mom. "As far as with Barb, there's absolutely no hard feelings there," Madison continued. "She is a great mom, and she was just doing her job as a mom to protect her son in the way that she felt like she needed to. So, I wish them all the best."

During the interview, Harrison also made a point about addressing Peter's current relationship with former contestant Kelley Flanagan, who Barb openly admitted was one of her favorite women competing for Peter's heart. When asked how she feels about Kelley and Peter's surprise romance post-show, Madison said, "Obviously I loved Peter, and I'm happy that he's found a person that he feels he can be the best version of himself with, and that his family loves and supports."

If only Barb had been even half as supportive about their relationship, perhaps Madison and Peter would still be together today. The world will never know.