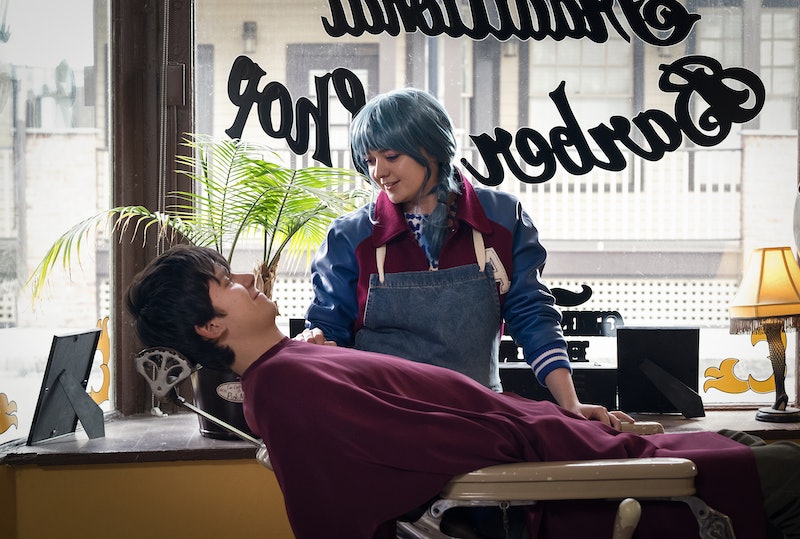 If you knew that you were going to die, what would you do with your time left? It's a writing exercise terminally ill Skye (played by Game Of Throne's Maisie Williams) has repeatedly performed, but in the film Then Came You, it's time for her to start checking off her list before it's too late with the help of a fearful new friend. In this exclusive clip from Then Came You, out Feb. 1 in theaters, Calvin's (Asa Butterfield) going to start taking serious risks whether he likes it or not, and there are going to be consequences.

Calvin, a perpetual hypochondriac, joins a support group for terminally ill patients. It's there he meets Skye, as bubbling with life as she is frustrated it will be cut short. One of the group's exercises is to make a list of everything they'd like to do before they die, no matter how ridiculous or over-the-top. Calvin's fear of dying has kept him from living so long he can't think of anything to write, so Skye offers to let him copy off her extensive list, made after doing the same exercise in many similar situations; as she puts it, "I'm kind of promiscuous with support groups."

In the exclusive preview clip below, the two decide to check off one of Skye's more risky requests, though Calvin doesn't realize that's the plan until she bolts, literally leaving him holding the bag. Compounding the situation, a police officer played by Ken Jeong recognizes Calvin as being at the same terminally ill support group as his dad, leaving Calvin stuck swallowing the truth he was about to tell Skye.

Screenwriter Fergal Rock spoke to BlueCat about his inspiration for the film. "I saw an incredibly moving documentary on TV. It was sort of a video-diary about a teenage girl who had terminal cancer. I think she was 16 and she had a one year old daughter which was doubly heart-breaking." Around the same time he read an article about how cognitive-behavioral therapy could help hypochondriacs confront their fears, and decided to write a script combining the two. The result, Language of Happiness, was "emotive but light on laughs." Rock later went back to work on it, and said the key to the movie's lighter tone was finding Skye's voice.

Calvin's slightly right in that we're all technically terminal on a long enough scale, but it's Skye who's forced to deal with her far more immediate and unfairly premature end. She and Calvin bond and grow closer as they check items off her personal "To Die" list (as Skye says, "it's like a bucket list, but less lame"). Calvin's emotional paralysis is a harsher form of something most of us do every day — if we constantly thought and acted like we were going to die, we'd behave a lot differently, so we push it out of mind and continue our lives apace. But we are all going to die. That doesn't mean we should all start shoplifting or living like there's no tomorrow — as most of us will likely have several tomorrows, the short-term actions would have long-term consequences suffered.

It's one of the reasons Skye and Calvin can genuinely help each other out, coming up with a happy medium of freeing yourself from fear and actually experiencing life (instead of running purely amok in it). In Then Came You the two balance each other's extremes.