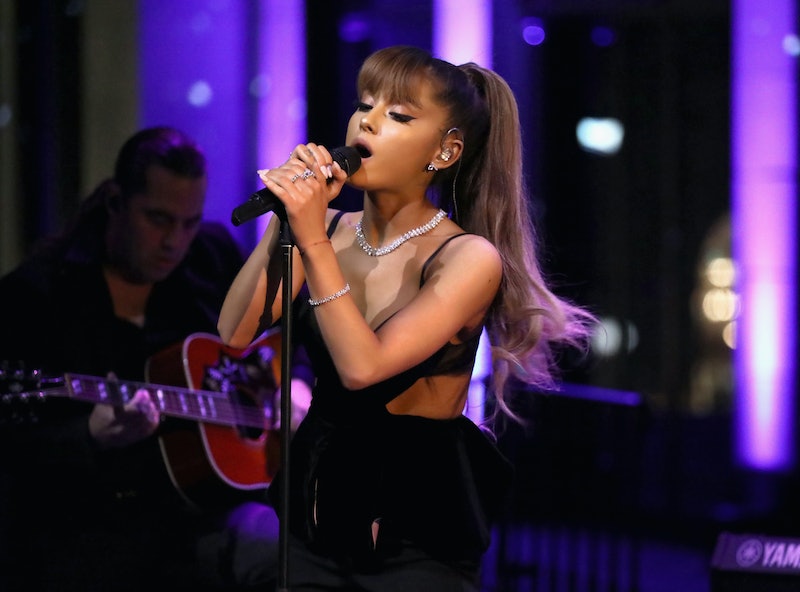 On Monday evening around 10:30 p.m., there was an explosion at Ariana Grande’s concert at Manchester Arena. The Greater Manchester Police confirmed on Twitter that 19 people have died and approximately 50 people were injured. I can’t believe I am typing these words, but after seeing a few gnarly tweets, here I am: Don’t make jokes about Ariana Grande, her concert in Manchester, or the concertgoers. Please be kind, be compassionate, and be empathetic. Again, I thought this went without saying, but please keep your tasteless “zingers” about a nightmarish attack to yourself.

Now, I don’t mean you, dear reader. I’m sure you know better. I'm sure you saw those tweets and cringed, too. I'm sure you know they're poor form. You also know they aren’t clever. And I’m certain you know they are cruel. I’m actually referring to a small handful of awful tweets I saw after the tragic news broke. And I’m sure you, dear reader, were not behind them. I'm probably preaching to the choir, but so be it. Just getting some feelings off my chest.

And though there’s been an outpouring of support, there have also been a few disgusting tweets about a bombing that cost people their lives. Ready for some unfunny "jokes"? Me neither.

Seriously not the time.

Enough of that. Instead, here are some gentle reminders on how to tweet about a tragedy.

I'll say it again: Be kind, be compassionate, and be empathetic. The world needs it more than ever.