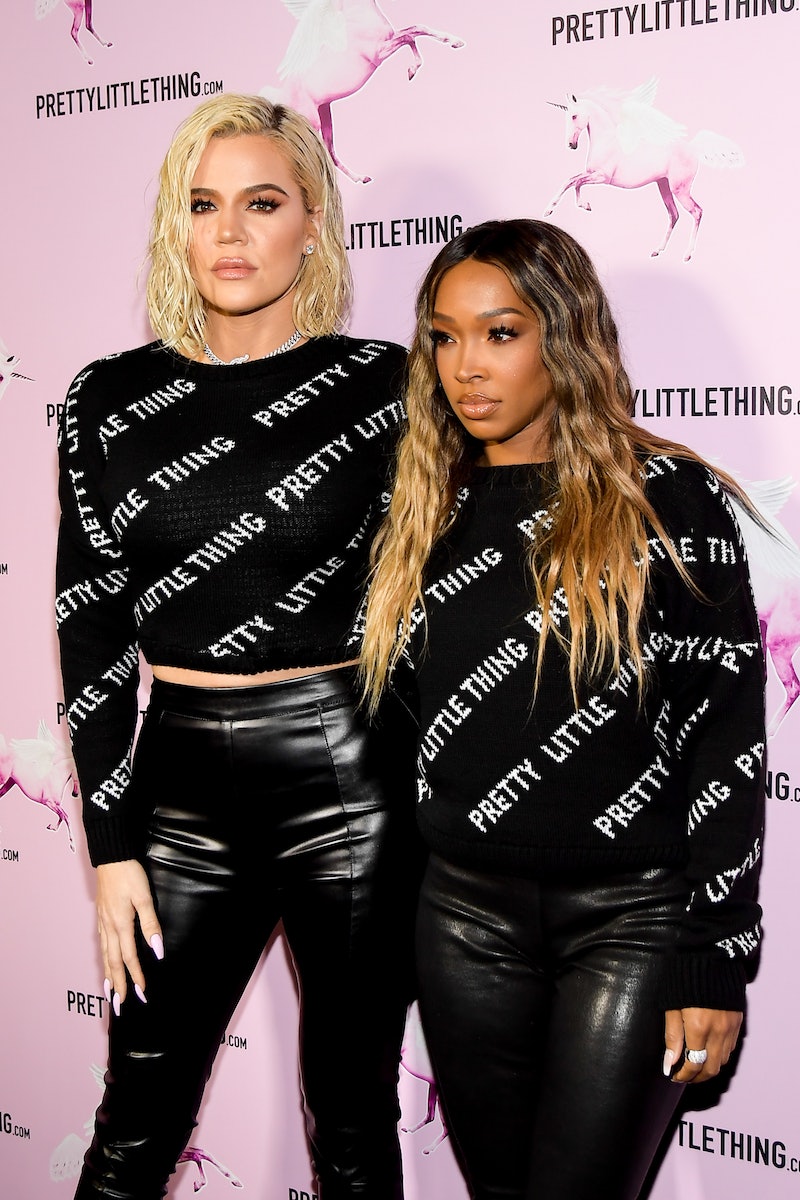 True best friends aren't afraid to get real with you, and that's exactly how Malika was with Khloe when they talked about Tristan on the June 2 episode of Keeping Up With The Kardashians. Khloe's longtime BFF traveled with her to Cleveland for the first time since True's birth, and it was a chance for Malika to check in with Khloe about her relationship.

The last time Malika has visited her out east, it was right after footage of Tristan allegedly kissing another woman hit the internet. Malika wanted to know how, months later, the relationship was faring. "Are you still in love?" Malika asked, cutting right to the chase. Khloe said that she was, and that she wanted to keep trying to Tristan. "If I didn’t feel anything I wouldn’t be here," Khloe said. But she added that if the Tristan stuff ever got in the way of her ability to parent True, she wouldn't hesitate to end things. For Khloe, True was the most important thing for her to focus on.

That said, Khloe was open with Malika that she wasn't just forgiving and forgetting like she may have in past relationships. "We're working through things," Khloe said, adding that Tristan was doing his own self-help and therapy process as well. "I love him but still I'm not going to act like nothing's wrong," Khloe said firmly.

Their relationship wasn't the only thing Malika asked about during her trip to Cleveland. She also wanted to know how hands on Tristan was at parenting. Khloe said that his basketball schedule made things hard, but that not having him around didn't stop her from still doing fun things with True. The questions Malika asked were intense and, at times, invasive. But that's what friends do. They want to make sure you're truly OK and that you're happy. Khloe didn't seem to have an issue with anything Malika asked, and she answered everything. Khloe later said in the episode that she appreciated Malika looking out for her since they have been friends for so long and Malika knows her so well.

Khloe re-iterated her appreciation on Twitter during the episode's airing. "I love @ForeverMalika more than anyone knows," Khloe tweeted after their conversation aired.

Later, a fan tweeted asking, "She's almost your sister, right?" Khloe responded, "She IS my sister."

The two have been friends for over 20 years. They've been through boyfriends, a marriage, a baby, cheating rumors, and more together. At the end of the day, they'll always have each other's backs. Malika knows that Khloe will be her friend even if she asks tough questions. She's not afraid of an argument if it comes out of a necessary conversation. And, as a bonus, they didn't even argue! Khloe was open to Malika's questions and honest in her replies.

Considering that all the Jordyn Woods rumors are still to come on this season, Khloe could use a friend in her corner like Malika always is. Boyfriends may come and go but BFFs are forever.