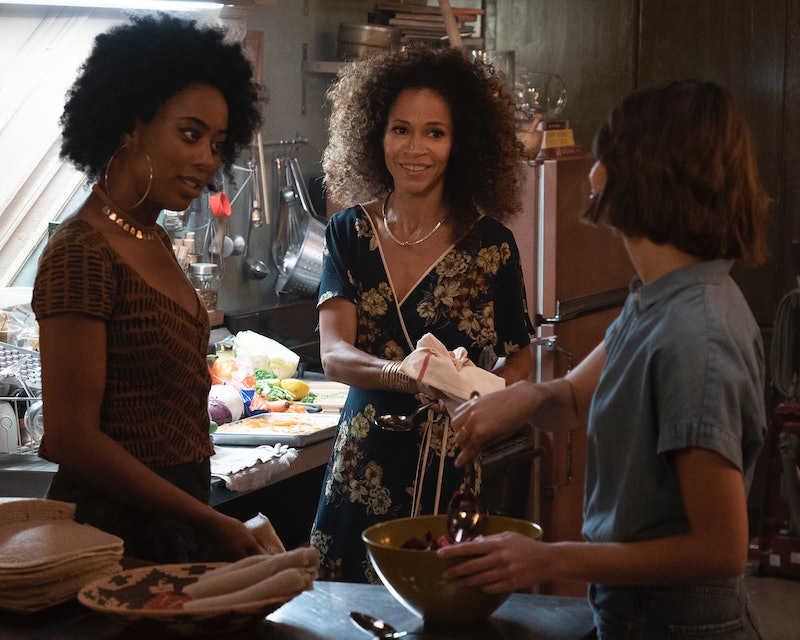 Now that the foundations are laid on Good Trouble, the show is starting to focus on other things than Callie and Mariana, like the rest of the members of the Coterie communal living situation. We’ve gotten snippets of the apartment dwellers’ lives, and now, as the Jamal Thompson trial really gets underway, Malika’s participation and her relationship with Callie are going to come to the forefront. Malika is having trouble balancing it all on Good Trouble, and eventually, something is going to have to give.

There’s a big problem in the Coterie house — Malika knows Jamal Thompson’s mother. Malika is a supporter of Jamal, a fictional, unarmed teen gunned down by police a few years prior, and now, Jamal’s trial is finally starting in Los Angeles County Court. The problem? Callie, who is also a supporter of the Thompson family, is also clerking the case for the conservative Judge Wilson, and Callie and Malika having a relationship is a super violation of ethics on Callie’s part. To Callie’s credit, Malika said she wasn’t close to Jamal’s mom, and that it wouldn’t be a problem.

However, as the trial goes on, Malika has become closer and closer to Jamal's mom, so much so that she even had her over to the house to pick up some protest hear Malika had made. It puts Callie in a rough spot, sure, but it also has to be hard for Malika. She's supporting her values and also has to live in her own house.

Malika knows that Jamal’s mother can’t be hanging around, but it’s possible that she feels a kinship to Jamal’s mom because of her own personal history with her mother. Malika also went through the foster care system, and it was not as kind to her as it was to Callie and Mariana. Malika called the cops on her own addict mother, and Malika and her brother were split up. While this trial is going on, her mom is trying to reconnect with her kids, and Malika is struggling with keeping her boundaries.

Malika is an activist to her core, but there’s a chance that she’s taking the Jamal Thompson case to a different level by developing a relationship with his mother. Ben, a fellow clerk in Judge Wilson’s office, knows that Malika and Callie know each other, and eventually, he might be forced to tell Judge Wilson. Both Callie and Malika will have to choose between their personal values, friendships, and careers. Callie will likely go back and forth on the issue (or beg Ben to cover for her). But will Malika be forced to choose between her home and her activism? And will Callie dare to ask her to?

It’s the big question, and if there’s any sort of indication as to how Malika will lean, it’s probably on the side of Jamal. Malika has a photo of desegregated student Elizabeth Eckford on her wall, and Malika told Callie and Mariana’s mom, Lena, that if Eckford could go through that wall of people every day, Malika could certainly live her own struggles every day. Malika is being pulled in a million different directions at present, but eventually, she’ll have to make a decision if Callie presses her. Then again, Malika shouldn't have to leave her home because it's hurting Callie's career — it's an unfair place to put her in, if that indeed happens.