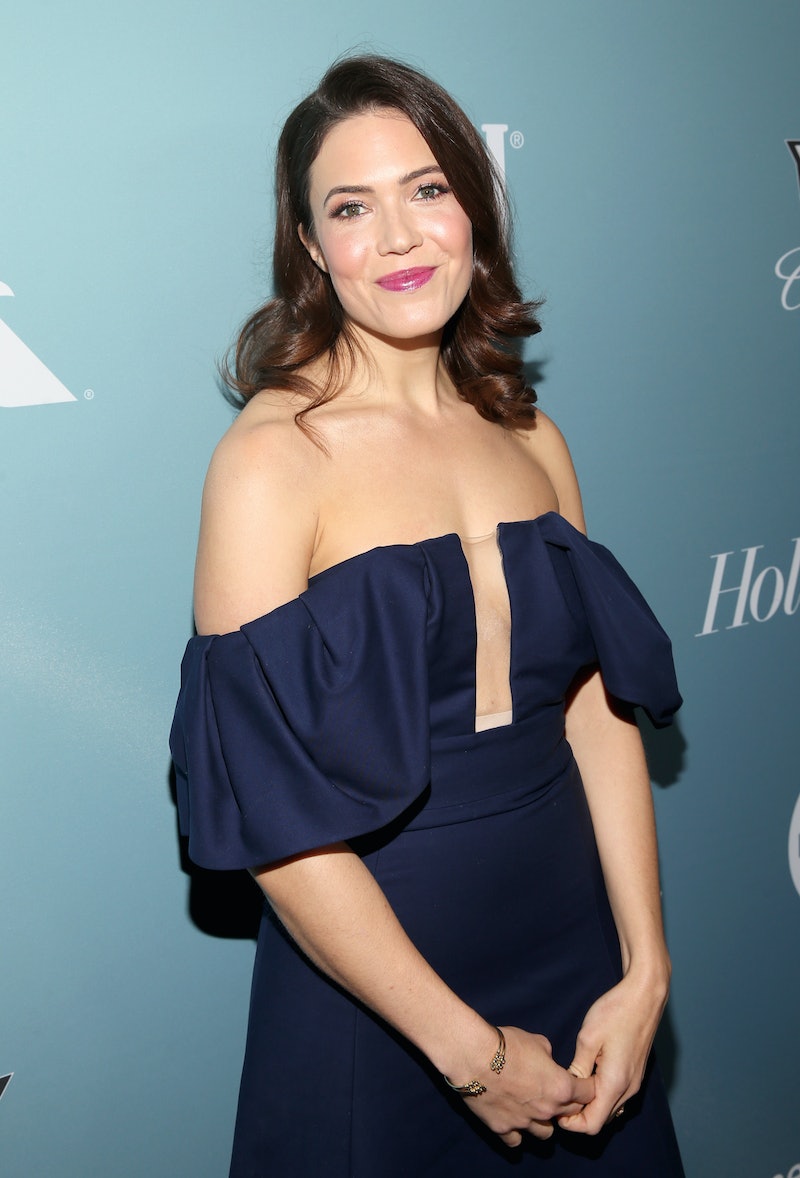 Almost a week after the New York Times published an exposé where women accused Ryan Adams of sexual misconduct and psychological abuse, Mandy Moore is opening up about her marriage to Adams again. (Through his lawyer, Adams denied all allegations in the Times piece, including mentioning that Moore's claims were "completely inconsistent with his view of the relationship.") During a recent appearance on Marc Maron's WTF podcast, Moore claimed she and Adams had an "unhealthy" relationship when they were married, saying that even while they were still together, she felt lonely. (Bustle reached out to Adams' lawyer about Moore's latest comments, but did not receive an immediate response.)

Moore and Adams got married in March 2009. Their divorce was finalized seven years later in June 2016, and according to what Moore said in this new interview, it was a long time coming. She told Maron that she was "living my life for him," taking on a mother role in their marriage, and because of the way things were between them, she knew that things would end sooner or later. She explained,

Moore also opened up about the ways she felt Adams held her back — both professionally and personally. She said,

"I couldn’t get traction on anything with Ryan. I was like, ‘All I want is to be able to do a television show, hopefully here in Los Angeles. Have a nice job, I can come home every night, my husband is here…’"

Moore claimed Adams' behavior wouldn't allow her to get any work done. "I would do little jobs — it’s not like I completely stopped working. But it would become abundantly clear while I was working, things would completely fall apart at home," she said, adding, "I couldn’t do my job because there was a constant stream of trying to pay attention to this person who needed me and wouldn’t let me do anything else."

Moore also said that she originally wanted a family with Adams, but that didn't happen, which ended up being something she was thankful for later on. She said,

"I desperately wanted a family. But I think I just innately knew, like, let’s wait for things to settle down and find some even ground before we venture into that. And now I’m just glad, like everyone said, that we didn’t have children because now I’d have been forever tied to that person. And I don’t want to be. At all. So now it’s a fresh slate.”

In the New York Times report published last Wednesday, Moore claimed Adams' "controlling behavior" kept her from releasing new music in the time that they were together, accusing him of replacing her with other female artists on music they were collaborating on together. She also claimed that he psychologically abused her, telling her that she wasn't a "real musician" because she didn't play an instrument. Through his lawyer, Adams denied these claims in the original Times piece, including saying he never tried to keep her from developing her career.

Since the Times piece was published, Adams has responded on Twitter, denying the claims made against him and calling the article "upsettingly inaccurate."

Moore later spoke out on Instagram, sharing a photo from the Times shoot, along with a caption about what it was like for her to open up about that time in her life. "Speaking your truth can be painful and triggering but it’s always worth it," she wrote. "My heart is with all women who have suffered any sort of trauma or abuse. You are seen and heard."

Although Moore's Instagram post acknowledged how difficult it was to open up, she still spoke up anyway. And because of what she shared, other women in similar situations will likely feel less alone.

More like this
Netflix Reveals First Look At Wednesday In The 'Addams Family' Spinoff Series
By Bustle Editors
Who Plays Trent In 'Never Have I Ever'? Benjamin Norris Calls His Character A “Himbo Stoner”
By Grace Wehniainen and Radhika Menon
All The Celebrity Relatives Revealed On 'Claim To Fame' So Far
By Brad Witter
Who Is Tatiana Maslany Dating? The 'She-Hulk' Star Is Married To 'A Locke & Key' Actor
By Radhika Menon
Get Even More From Bustle — Sign Up For The Newsletter