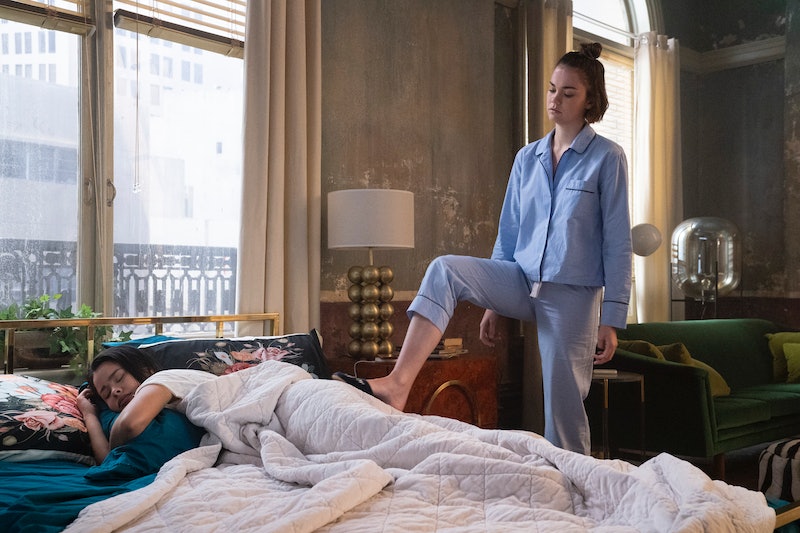 Season 2 of Good Trouble opens just where Season 1 left off — all of the characters are in some sort of flux. No one is settled, no one is happy, no one is, at the moment, getting what they want. Mariana is perhaps the closest, at least in her personal life. But ultimately, what Callie and Mariana find on Good Trouble is that communication — between themselves and their respective partner — is what's going to help them go the distance.

Mariana and Callie are out on their own in the world, but they're still quite inexperienced. It's apparent in the way that Mariana treats Raj after she sees his penis for the first time. It's not that she hasn't seen one before — but Raj is uncircumcised, and Mariana has never been with a guy that wasn't. Jarring? Maybe, for a moment. But that big a deal? Not really. Except Mariana goes to the rest of the #CoterieCrew to talk about it and get tips on how to handle the situation and strikes out. She's a little too rough with Raj, and he tells her so, and that she should have just talked to him first.

Mariana hasn't had many long-term or serious romantic relationships, because if she had, she would have known that talking to Raj should have been first on her list, no matter how embarrassing the topic.

At some point in a relationship, there's a sort of switch. Instead of talking to one's friends about a partner and that respective relationship, there's a subtle shift to keeping some things private. The only way for a romance to grow a foundation is to keep some details between partners. It builds trust and understanding, and now, Mariana knows that if she has any real problems with Raj, genitally related or otherwise, she can go to him first. It's not embarrassing — it's building a bond.

Let's turn to the other Adams Foster sis. Right now, Callie is being Callie. She's hiding information from Judge Wilson, because she magically got all those Jamal Thompson-related documents delivered to her, and Jamie is not happy. He thinks it's not worth ruining her career over (and he's right), but Callie is, again, being Callie, and she's all "nothing can go wrong!" Here, Jamie is the one who needs to 'fess up, because when he storms off, it's not because he doesn't care about Callie. It's because, he tells her later, that he's in love with her and he doesn't want anything to happen to her.

Callie is still torn between Jamie and Gael (who is wallowing in a sea of bad reviews for his art, but that's another story), but at least she has one potential love interest who is willing to be totally upfront with his feelings. Welcome to adulthood, Callie. These are the things to look forward to.

Callie and Mariana are not having the best time at work right now, and so, they must lean on their personal lives to get them through. The only way they can do that is to be open and honest with their partners, which is really easier said than done.