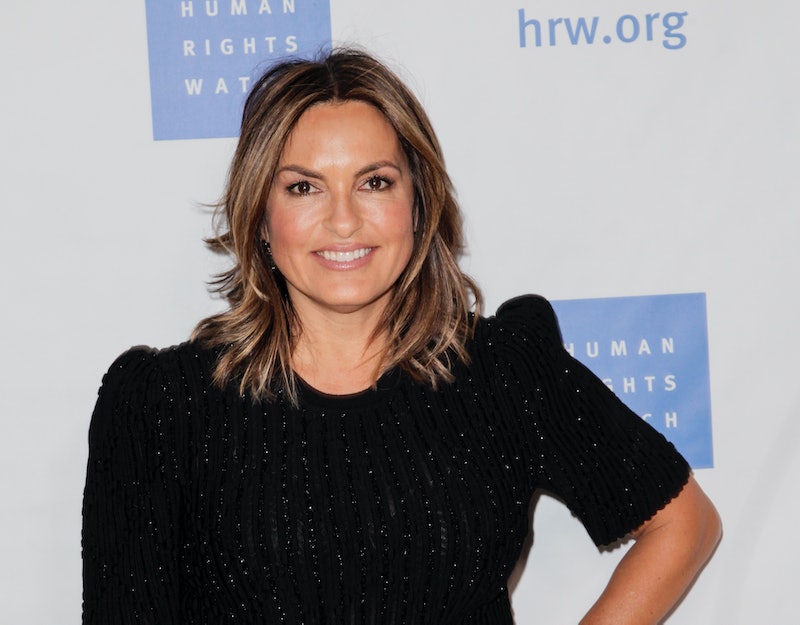 Long before she fought bad guys and caught perps as Detective Olivia Benson on Law & Order: SVU, Mariska Hargitay almost played another heroic character, albeit one of a much more fantastical nature. During a recent appearance on Late Night with Seth Meyers, Mariska Hargitay revealed she was fired from Mighty Morphin' Power Rangers, the 1995 movie that she filmed early on in her acting career. While speaking with Seth Meyers about her earliest roles, Hargitay explained that her role as Queen Dulcea didn't go quite as planned for the aspiring actor.

"I was gonna be the queen," Hargitay explained of her role in the big screen adaptation of the beloved 1993 superhero series. "I was so excited because I was going to Australia to play this queen. I get there, hair, makeup, prosthetic pieces, walking around like that feeling pretty good," she recalled. However, the filming schedule began to cause some issues with Hargitay's holiday plans with her family. "I was there for November, and then December and then we were getting closer to Christmas and they had me on hold a lot and finally from Dec. 21, I said, 'Hey guys, this is great, but you kept me on hold too long.' It's Christmas! I think that's only fair."

The actor flew home to spend Christmas with her family, but when she called the production team back in early January, she found out that the role had been recast due to her absence. "They were like, 'Sweetie, you're good, don't worry about it,'" Hargitay said with a laugh. "And they fired me!"

The role of Queen Dulcea was eventually played by Gabrielle Fiztpatrick, an Australian actor who made her big-screen debut in Mighty Morphin' Power Rangers: The Movie. And while Hargitay may not have gotten to play the Master Warrior of the distant planet Phoebos who helped awaken the Power Rangers' "animal spirits," at least she still has the pictures of her "Wonder Woman-esque" costume to remember the experience, as seen below.

"Nobody knows [about] this," Hargitay said of her role in the film. "These are the early beginnings of all my love for ... women of power." Still, she joked that her "short" time as Queen Dulcea taught her an important lesson about being an actor: "I watch my P's and Q's on SVU now. And when they say, 'We need you,' I'm there," Hargitay said with a laugh.

Her commitment to Law & Order: SVU has helped make the show the longest-running live-action series in television history, after its historic Season 21 renewal in March. In June 2018, just before that record-breaking renewal, Hargitay revealed that she plans to continue playing Olivia Benson for as long as she possibly can. "I'm in it for the long haul," she said at a Paley Center panel honoring SVU, per The Hollywood Reporter. "I said, 'You keep writing like this, I'll stay for 25 years.' Why would I leave? I’m so grateful."

She may not have actually gotten to play a queen when she was first starting out as an actor, but after 21 seasons on SVU, it's Hargitay's work on the crime show has made her TV royalty.

More like this
The First Trailer For 'That '90s Show' Includes So Many Nods To The Original Series
By Jack Irvin, Alyssa Lapid and Grace Wehniainen
Kate Winslet To Star In Russell T Davies' 'Dark Season' Revival
By Sam Ramsden
Lindsay Lohan Just Recalled A Hilarious 'Parent Trap' Story
By Sam Ramsden
'Bel-Air' Season 2 Finally Has A Release Date & A New Trailer
By Brad Witter, Kadin Burnett and Sam Ramsden
Get Even More From Bustle — Sign Up For The Newsletter