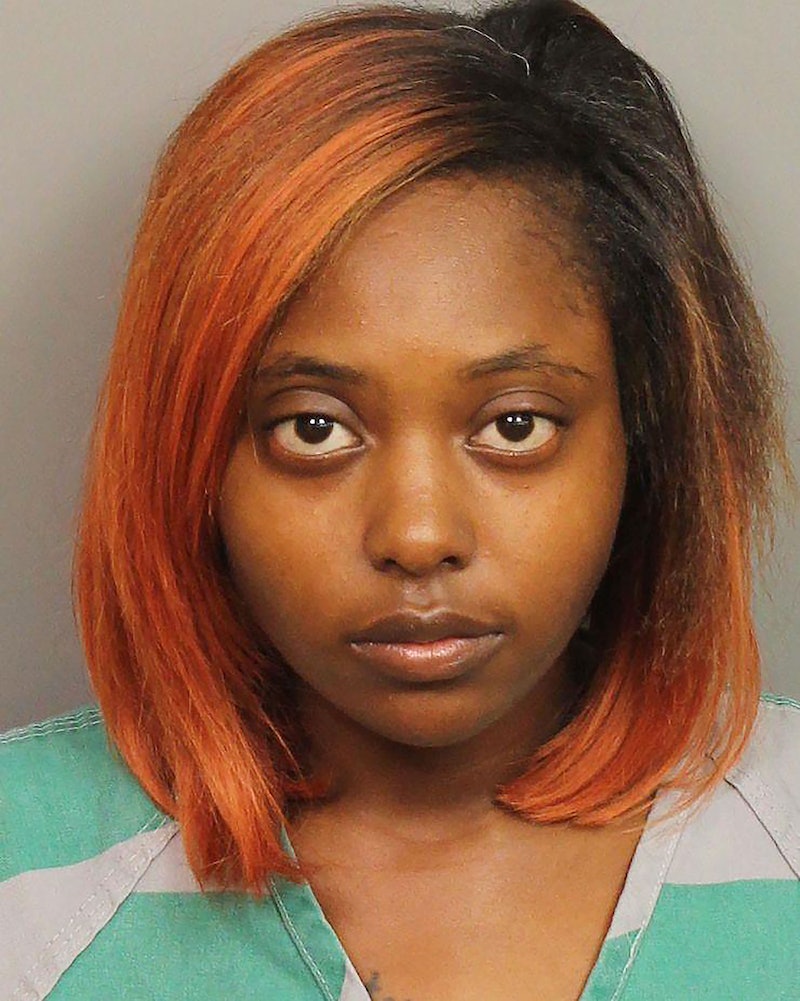 An Alabama woman who a grand jury had indicted for manslaughter after she was shot in the stomach while pregnant will not be charged by local authorities. In a press conference Wednesday, Jefferson County District Attorney Lynneice Washington announced that she won't pursue a case against Marshae Jones for the death of her fetus.

In the past week, Jones' case has become the latest front in the battle over so-called personhood and set off an uproar across the country. The personhood movement advocates "for the rights of fetuses to be recognized as equal to — or even more important than — the rights of the mothers who carry them," as the New York Times puts it. Alabama's criminal code contains "fetal homicide" language, as the Montgomery Advertiser noted, although that same section of the code notes that a woman should not be prosecuted under criminal homicide charges "with respect to her unborn child."

"This is truly a disturbing and heartbreaking case," Washington said in the press conference, as quoted by ABC News. "An unborn child was tragically lost and families on both sides of this matter suffered. Nothing, nothing, nothing we do today or in the future will change that reality."

Jones, 27, lost her pregnancy on Dec. 4 after an altercation outside a Dollar General store in Pleasant Grove, Alabama, escalated into her being shot in the stomach. Police charged the shooter, Ebony Jemison, 23, with manslaughter, but a grand jury ultimately declined to indict her and that charge was dismissed, according to AL.com.

Police argued that Jones initiated the fight that led to her being shot, and thus was liable for the death of the fetus.

“The investigation showed that the only true victim in this was the unborn baby,’’ Pleasant Grove police Lt. Danny Reid said last year, as quoted by AL.com. “It was the mother of the child who initiated and continued the fight which resulted in the death of her own unborn baby.”

Jones' legal team argued Monday in a motion to dismiss the case that there was no legitimate legal basis for the charges on which she'd been indicted.

"It is simply unconscionable to prosecute a shooting victim for losing her baby as a result of an unforseeable injury," her attorneys said in a press release, as quoted by the Montgomery Advertiser. "The charges against Marshae are based on a flawed and contorted theory of criminal liability that simply does not exist under the law. We are asking the Court to dismiss this unreasonable, unfounded, and unjust indictment with prejudice and without delay."

In a press conference announcing her decision not to prosecute Jones' case, Washington, the Jefferson County district attorney, said, "There are no winners, only losers in this sad ordeal."

Notably, the indictment against Jones came two months after Alabama passed a near-total ban on abortion, without exceptions for rape or incest. And Alabama leads the nation in criminal cases against women who've been accused of in some way endangering their fetuses, according to HuffPost. So while Jones ultimately will not face criminal trial after losing her pregnancy, Alabama law remains more favorable to fetuses than to the people who carry them.