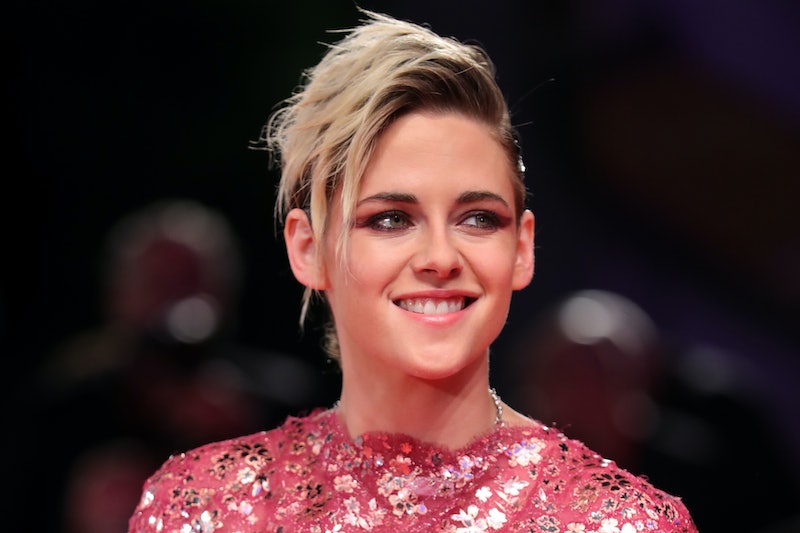 Marvel fans want more LGBTQ+ representation in their superhero films and TV shows, and it looks like they have just the actor in mind to help add some more diversity to the many universes on the big screen. In response to a recent interview in which she talked about being told to hide her sexuality in order to "get a Marvel film," fans are campaigning for Kristen Stewart to join the MCU and romance Tess Thompson's fan-favorite character, Valkyrie.

While speaking with Harper's Bazaar UK for their latest cover story, Stewart reflected on her decision to be open about her sexuality, explaining, "I think I just wanted to enjoy my life. And that took precedence over protecting my life, because in protecting it, I was ruining it." Along with her desire to live her life more authentically, Stewart also told the magazine that she used to be afraid that being open about her relationships would have an impact on her career. "I was informed by an old school mentality, which is – you want to preserve your career and your success and your productivity," she said.

"I have fully been told, 'If you just like do yourself a favor, and don’t go out holding your girlfriend’s hand in public, you might get a Marvel movie,'" the actor recalled. "I don’t want to work with people like that." In response to her openness — and a desire to see the LGBT+ community better represented onscreen — MCU fans have taken to social media to ask for Stewart to be cast in a Marvel film, as the openly queer love interest of a female hero.

Rather than continue to hide her sexuality in order to hopefully land big roles, Stewart noted that since she started living her life openly, audiences and fans have become more supportive than ever. "I just think we’re all kind of getting to a place where – I don’t know, evolution’s a weird thing – we’re all becoming incredibly ambiguous," she explained. "And it’s this really gorgeous thing."

Nowhere is fans' acceptance of that ambiguity clearer than in the response to Stewart's Marvel quotes; by petitioning for her to join the MCU now, as someone who is comfortable with themselves, it proves that a star's sexuality should have no bearing on the kind of major roles that they land. It also underlines the idea that MCU fans aren't looking for just any kind of representation — they want to see LGBTQ+ actors playing LGBTQ+ characters on the big screen.

Casting Stewart in the upcoming Thor: Love and Thunder would be perfect, especially considering Thompson declared at San Diego Comic-Con in July that Valkyrie's first act as king of New Asgard will be "to find her queen." Around the same time, Marvel head Kevin Feige confirmed that Valkyrie will be the MCU's first LGBT superhero, making it even more logical that she should get a love interest just like all of the other badass heroes in Marvel's films.

"The answer is yes," Feige told iO9 about the possibility of Valkyrie having an LGBTQ storyline in the next Thor film. "How that impacts the story remains to be seen with that level of representation you’ll see across our films, not in just Thor 4."

Now that Marvel has opened the door for more LGBT representation in future films, it seems only appropriate to add to Valkyrie's story by casting someone like Stewart to play her love interest. After all, there's no better way to celebrate being open and accepting of Stewart's sexuality than by giving her the exact role she was always told she'd never land, unless she kept herself hidden from the world.