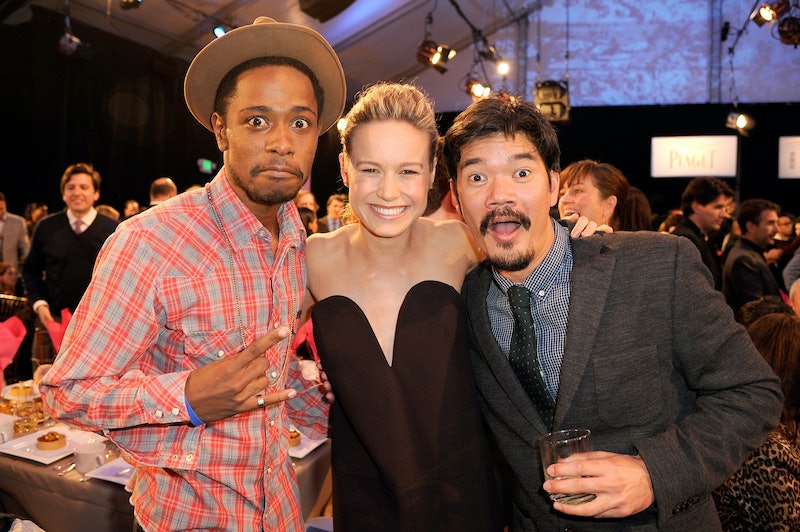 Brie Larson's Captain Marvel broke the glass ceiling, but she's not the only one breaking barriers in the MCU. Marvel announced the director for Shang-Chi, the studio's first Asian-led superhero film and it's someone who Larson is actually very familiar with.

According to The Hollywood Reporter, Destin Daniel Cretton will direct Shang-Chi. Cretton is best known for making 2013's Short Term 12, an indie film about a group home for troubled teens which starred Larson, Lakeith Stanfield and Rami Malek. Cretton also directed Larson in 2017's The Glass Castle and worked with her again on the upcoming Just Mercy, a movie based on the memoir of Bryan Stevenson, the founder of Equal Justice Initiative. That film has another Marvel connection, since it pairs Larson with Black Panther's Michael B. Jordan.

Like Cretton, Shang-Chi might not be a household name to Marvel fans. The half-Chinese and half-American superhero known for his martial arts skills first appeared in 1973’s Special Marvel Edition No. 15, according to THR. Trained as a martial arts assassin by his father Fu Manchu, an infamous Marvel villain, Shang-Chi became a hero after he defied his dad's wishes and started using his powers for good, traveling the world to help right wrongs.

Shang-Chi is considered one of the greatest warriors in the Marvel Universe, earning the nickname the Master of Kung-Fu, according to IGN. And the hero who is strong enough to shatter metal and quick enough to deflect bullets, had a personal revival in 2012 when he became a member of the Avengers, perhaps a hint of what's to come post-Endgame after some of the OG Avengers officially say goodbye.

According to THR, the upcoming Shang-Chi film, written by Wonder Woman 1984 screenwriter Dave Callaham, who is Chinese-American, will "update the character for modern audiences." While there hasn't been any casting announcements for the film, THR reported that Marvel is "planning on assembling a largely Asian-American and Asian cast." With Shang-Chi's director and writer, Marvel is already doing that behind the scenes, always a good sign.

After Black Panther and Captain Marvel, Marvel said it was committed to making its universe more inclusive. Back in April, Marvel Studios head Kevin Feige told IndieWire that after the success of Black Panther, it was clear that audiences are "embracing new ideas and new visions and new places and new ways of telling stories, we will just continue to grow and build on that."

“I think it’s only the beginning,” Feige said last year to IndieWire of hiring a woman to co-direct Captain Marvel, adding that the studio "wants these movies to reflect the world in which they are made, and be brought to life by all types of people behind the camera.” Clearly, choosing Cretton to direct Shang-Chi is another step in the right direction for the MCU.