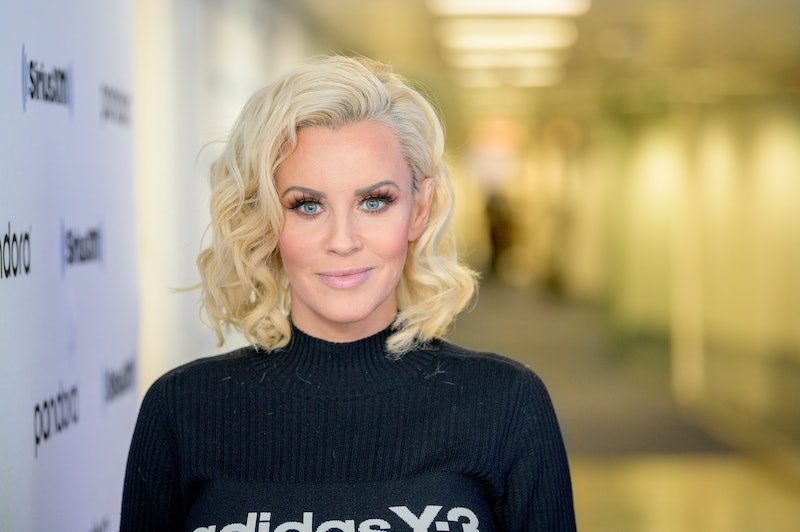 You might assume celebrities go on The Masked Singer for the sheer fun of being on one of TV's most absurd shows, or because, as public figures, they want to experience the feeling of being anonymous for a few weeks. But according to panelist Jenny McCarthy, that's not the real reason — at least, for the contestants who have children.

"When you see some of these [high-profile competitors unmasked], you think to yourself, 'Why would they do this show?'" McCarthy admits to Bustle at SiriusXM's "Dial Up the Moment" campaign launch in NYC. "It's because they want to trick their kids who watched the first season. So they take off their mask and they go, 'Susie and Mark, I bet you didn't know it was me.' And it's so sweet because they're playing the game with their kids." (This season's unmasked parents have so far included "Panda" Laila Ali, "Penguin" Sherri Shepherd, and recently eliminated "Flower" Patti Labelle.)

Perhaps that's what will sway McCarthy's dream guest — Beyoncé, who's mom to 7-year-old Blue Ivy and 2-year-old twins Rumi and Sir — to someday be on the show. "Everyone always laughs at me, but you never know!" jokes the host of SiriusXM's The Jenny McCarthy Show. For what it's worth, many have guessed Bey's former Destiny's Child bandmate Michelle Williams is the Butterfly this season.

McCarthy, who serves on the judges' panel alongside Nicole Scherzinger, Robin Thicke, and Ken Jeong, has already made plenty of accurate predictions this season. Although the Chicago-area native calls every unmasking "the biggest surprise ever," she's also had moments of having to "bite [her] tongue" to not give anything away too soon. Even so, she says she's generally just as stunned as the audience during big reveals. "I can't break my Botox any more than I possibly do with my shocked face. I'm always like, "What?! Wait!" she quips.

One such moment was when Shepherd, McCarthy's former co-host on ABC's The View and friend of 25 years, revealed herself to be the Penguin during the Nov. 6 episode. Despite McCarthy immediately knowing it was the 30 Rock actor from the way she walked onstage, Shepherd planted just enough doubt by telling her pal during a pre-taping call that she was on the opposite coast in NYC for a Today show appearance. "But she was lying to me!" McCarthy recalls with a laugh. "She knew I wouldn't fact check the Today show. She totally got me."