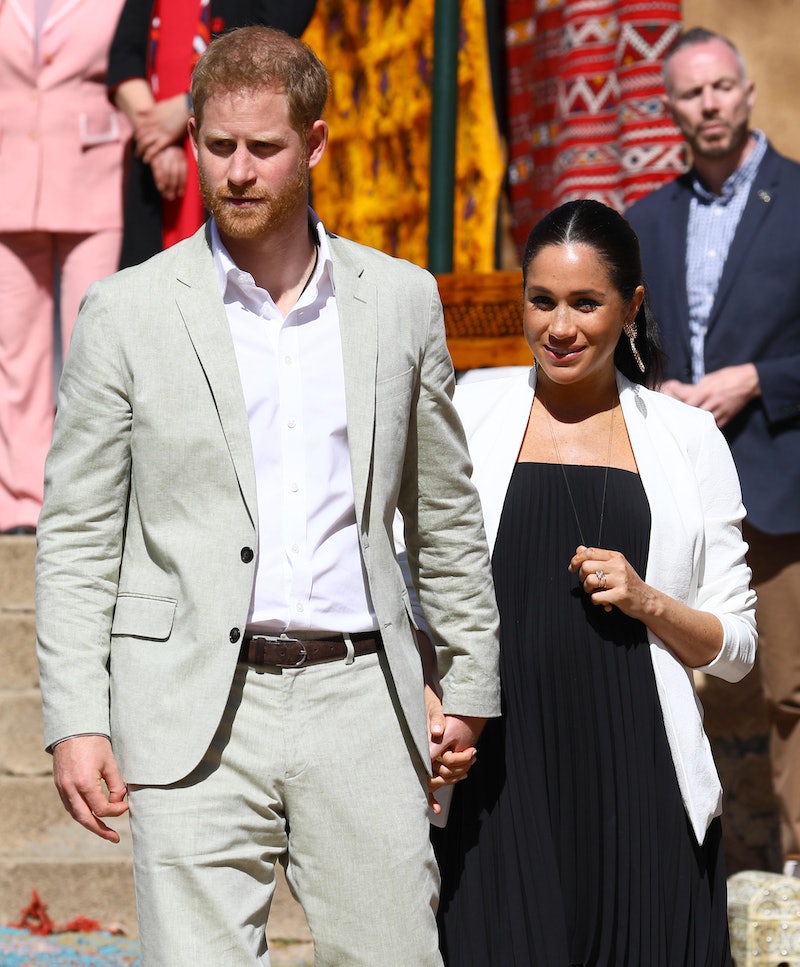 It was another night out at the theater for the Duke and Duchess of Sussex. On Saturday, March 2, Meghan Markle and Prince Harry attended the Tina Turner musical in London, according to People. The secret date night reportedly brought the couple to a private showing of Tina: The Musical, and it highlights just how much the royal couple love to support the arts.

The Duke and Duchess of Sussex reportedly promised a visit to the cast of the musical at the Royal Variety Performance at the London Palladium in November, according to People. The team behind the show was clearly excited about the royals' attendance, even tweeting about it.

"We were thrilled and honoured to welcome The Duke and Duchess of Sussex to the show last night #TinaTheMusical."

The show's star Adrienne Warren posted about Markle and Harry's attendance as well. She wrote,

"They said they’d come and they did! Thank you to the Duke and Duchess of Sussex. It was an honour to have the opportunity to perform for you again! @KensingtonRoyal"

The support from the couple was meaningful for the original cast, who will perform the show at the Aldwych Theatre through March, according to official website.

Markle and Prince Harry's attendance at Tina: The Musical was not the first time they've been supporters of theater. Markle is a patron of the National Theatre, and visited in January for a public arts workshop that brought together members of the London community to work with professional actors, as reported by People. Her office released a statement about the visit, writing:

"[Markle] is a strong believer in using the arts to bring people from different backgrounds and communities together, and this first official visit to The National Theatre will explore the work they do, as well as meeting some of the talented teams and apprentices working behind the scenes."

The cause is near to the duchess' heart, as she worked an an actor for a long time and was best known for her role as Rachel Zane in Suits. Plus, Markle double majored in theater and international studies at Northwestern, according to Teen Vogue. After her engagement to Prince Harry, she retired from the profession to join the royal family. Her patronage of the theatre is likely a way to stay connected to her love for the stage.

Prince Harry may not have the personal connection to acting that Markle does, but he also clearly enjoys theater. In August 2018, the Duke and Duchess of Sussex attended Hamilton with creator Lin-Manuel Miranda in London's West End, according to The Hollywood Reporter. Kensington Palace tweeted a video of Prince Harry singing the opening of "You'll Be Back" at the event, which received a cheer from the cast and crowd. According the publication, the couple also took time to meet with the cast and pose for photos after the performance.

The Duke and Duchess of Sussex may not have a lot of free time amid their royal responsibilities, but it's clear a night at the theater makes a perfect date night. Markle is a big believer in theater as a way to bring people together, and Prince Harry also appreciates the arts. Tina: The Musical received a pleasant surprise finding Markle and Prince Harry in the audience, and the show isn't likely to be the last the couple makes a surprise appearance at.