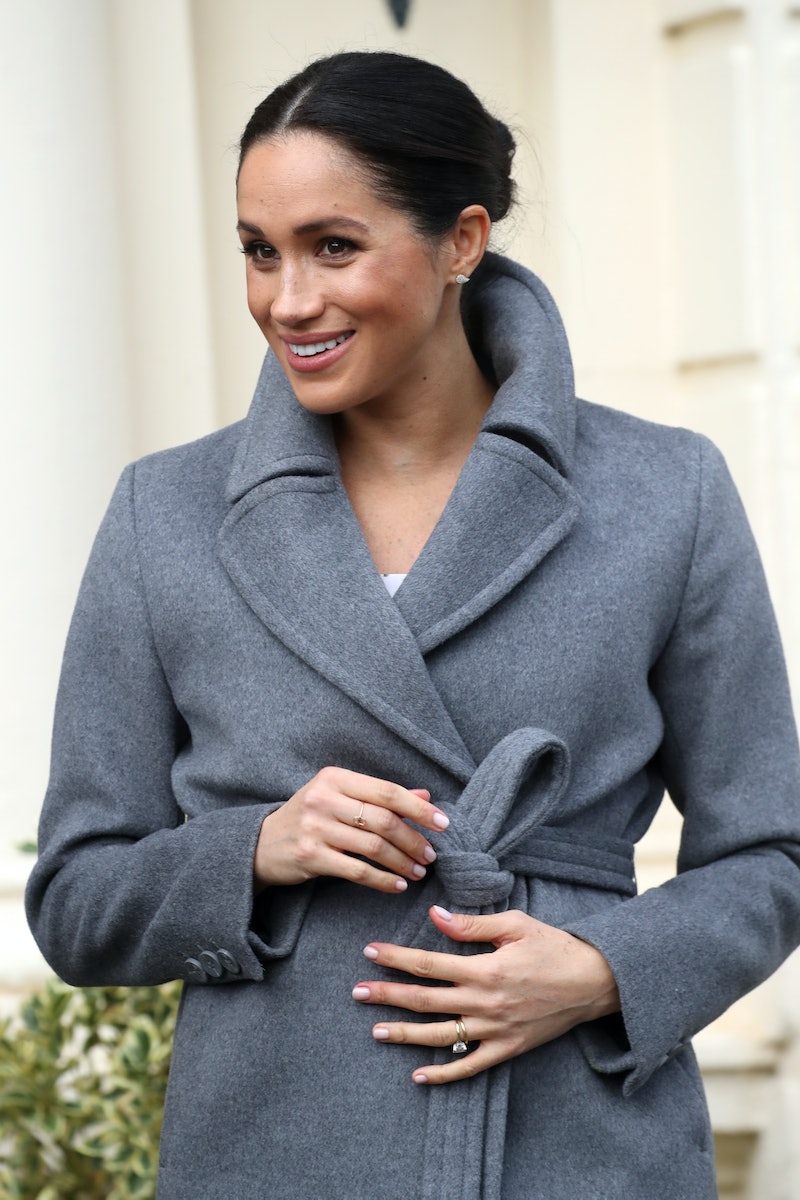 If you logged onto Instagram on Tuesday morning, you may have been in for quite the surprise upon seeing Meghan Markle's Instagram reactivated. Before you get too excited, it was only temporarily. That's right, Markle's Instagram was once again removed. According to a tweet from royal reporter Omid Scobie, "For those of you asking, Duchess Meghan is not making a return to Instagram. You can blame a system glitch for her account resurfacing on the app this morning [crying laughing emoji]." On Dec. 18, Hello! magazine also reported that a royal source called the incident a "technical issue." Bustle reached out to Instagram for comment, but did not receive a response at the time of publication.

Before officially becoming the Duchess of Sussex and marrying Prince Harry, Markle, a former active social media user, removed her personal Instagram and Twitter in January. Taking herself off of the social networks was reportedly required of her, you know, since she was set to soon become a member of the British royal family.

According to People's report at the time of Markle's Instagram and Twitter goodbye, "It’s an unspoken rule that the royal family isn’t on social media." (Bustle previously reached out to Markle’s rep for comment, but did not hear back.) For those wondering why Princess Eugenie is active on Instagram and Markle isn't, well, People has an explanation for that as well. "Eugenie doesn’t have a formal working role within the royal family," the outlet reported, before later adding that unlike Harry, Markle, Prince William, and Kate Middleton, Eugenie "doesn’t have a fixed role within the family."

Even though a direct explanation was never given about Markle's social media departure, it seems likely the reason she left was due to her new role as a royal family member.

Whatever the case, to see Markle's Instagram pop up once again after almost an entire year since it was deleted was a situation royal fans weren't anticipating. As you can imagine, there were a lot of reactions on Twitter in response to the ordeal. And, yes, you bet people even took screenshots of Markle's photos. With that, here are just a few of the many tweets.

This is a very good question.

Some People Didn't Waste Any Time

No regrets. Also, this photo Markle once shared is definitely funny.

Who Else Is Angry?

The Excitement Was Real

Yeah, that sounds about right.

Her title is definitely an important one.

The perfect way to explain the short-lived matter.

It's Hard To Get Past

Fans are going to have to grieve all over again.

All Of This Is So Unfair

If you were able to check out Markle's Instagram once again, you are very lucky and have also made many people extremely jealous. Seriously, thanks a lot, time zones! That said, even though she doesn't have her own account, that doesn't mean the former Suits star hasn't popped up on social media since becoming the Duchess of Sussex.

In addition to appearing on official social media accounts for the royal family, Markle also recently did a boomerang at the British Fashion Awards that showed up on Instagram. Though, the boomerang has since been deleted, so if you didn't get to see that either, condolences.

Either way, it's safe to say that Markle's social media presence is in high-demand, so maybe one day she'll return — and for longer than a few moments.