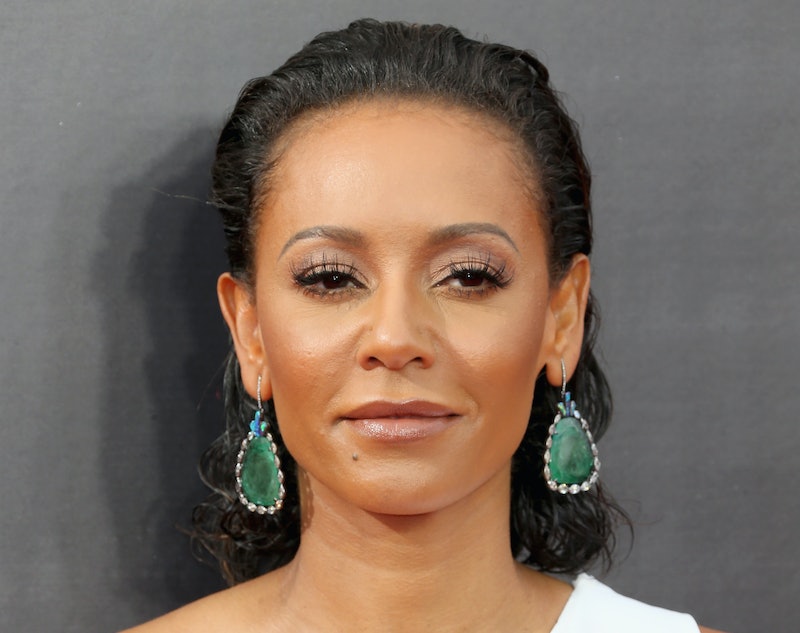 Melanie Brown, AKA Mel B, has been very busy lately. After finishing up the Spice Girls reunion tour this year, which saw her, Geri Halliwell, Mel C, and Emma Bunton reunite for some good old-fashioned girl power, she's also wrote a best selling book, and now, to top is all off, Mel B has announced two shows in London & Leeds where she'll discuss her details about her life, and they can't be missed.

Probably one of the most hilarious, high-energy members of Spice Girls, Mel B blew the nation away with her soul-baring autobiography Brutally Honest in Nov. 2018. In it, she unashamedly opened up about the story of her life and career, and touched on topics of domestic abuse, the realities of being flung into the spotlight, and parenthood.

Now Mel B will be returning to her hometown of Leeds at the Grand Theatre and Opera House on Sunday 25 August 2019, and to London at the Savoy Theatre on Sunday 1 September 2019, for two very special shows. This is a rare opportunity for fans to get up close and personal with Mel, and find out more about her life, take deep dives behind the tabloid headlines, and even have the chance to ask her questions.

In a statement sent to Bustle UK, Mel B said:

“I’m so honoured to be sharing my story — good and bad — because I kept so many things secret for so long out of shame and I have learnt over these past few years that through talking, through sharing you learn and you make real bonds with people. This is a first for me. I want to make it very special, very real and very intimate. I know there will be tears but I am also hoping for few laughs too because that’s the woman I am — as you will discover.”

And this show also has an important message behind it. The two dates will be raising funds for and awareness of domestic abuse charity Women's Aid, which Mel is an ambassador of. In her book, Mel B talks about the dark realities of domestic abuse, drawing much-needed attention to the topic. "Melanie bravely sharing her story helps other women, and we know what a difference it makes," Teresa Parker, Head of Communications at Women's Aid, said in a statement sent to Bustle UK. "Women are telling us they are seeking support after hearing her speak. We are so grateful to Melanie for helping to raise vital funds and awareness for Women's Aid through these shows. She is a courageous and inspirational woman, and we are proud that she is our patron."

Taking to the stage with Mel B will be journalist Louise Gannon, probably the best person to interview the Dancing With The Stars finalist as she is the co-author of Brutally Honest, and a close friend of the star.

In a statement sent to Bustle UK, Louise said:

“Having spent years of my life talking to Melanie Brown I know there are so many sides to her that people don’t always see — there is Mel B the Spice girl, the gobby, Scary, outrageous star but there is another Melanie, the real Melanie Brown and the real Melanie is one hell of a woman as everyone is about to find out. It’s exciting to be doing this very exclusive event in the company of those who mean the most to her — her family and those who know her best. I have no idea what to expect — that is always the deal with Melanie — but I can guarantee it will be an unforgettable night.”

If Brutally Honest is anything to go by, guests at Mel B's show later this summer are in for something really special.