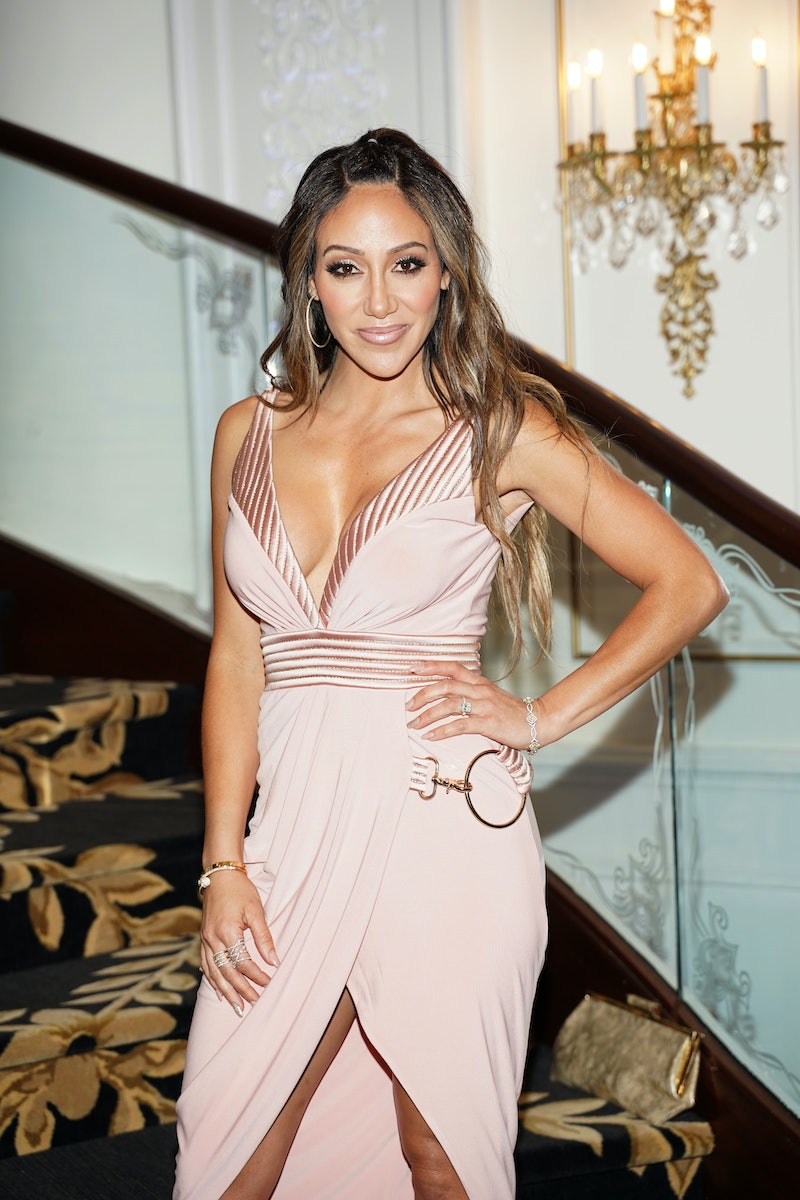 Get ready for some glass smashing, family feuds, and deportation drama because Real Housewives of New Jersey is back with a brand new season. And it's going to be the most honest season yet. Melissa Gorga said RHONJ Season 10 will "have a lot of truth" in a Nov. 5 E! News interview. Melissa shared, "It's crazy this season, a lot of truth. It's very, very honest." This is a stark contrast to the "keep it to yourself" mindset that the "old school" Jersey cast members have abided by.

Melissa referred to "some rumors" about the cast members that have been in the press, but have not a part of the show's storylines, hinting that they might finally be addressed onscreen. She teased, "I feel like the fans are going to be so appreciative that we are letting it all out and they don't have to wonder anymore."

Though she didn't specifically mention her sister-in-law, Teresa Giudice, when speaking about the rumors, she did mention her during the interview. Speaking with E! News, Melissa cryptically revealed that the RHONJ OG would be telling the viewers "exactly what happened."

It's possible that Melissa could have been alluding to the rumors plaguing Teresa's marriage, specifically her fidelity while her husband Joe Giudice was in prison and an ICE detention center. Teresa was spotted holding hands with Blake Schreck in February, which her lawyer dismissed as a purely platonic interaction. Even so, the cheating rumors were front and center in the Season 10 trailer and during Teresa and Joe's joint interview with Andy Cohen, which aired on Oct. 27. During that special, Teresa adamantly denied cheating on her estranged husband, despite questions from Andy and accusations from Joe himself.

This isn't the first time Melissa has teased that Teresa's secrets would be coming out this season. In a separate interview with Entertainment Tonight, she said of Season 10, "Things Teresa was hiding, things I was hiding. It all comes out." She even described the upcoming episodes as "the most honest season."

Telling the truth isn't just about sharing secrets though. Melissa also told Entertainment Tonight that fans would get to see her stand up to Teresa this season and really speak her mind. She added that, in Season 10, she lets Teresa "know when she's wrong," insisting that she can put her foot down when she thinks Teresa is "out of control." Of course, as any real Housewives fan knows, out of control is pretty much the New Jersey standard.