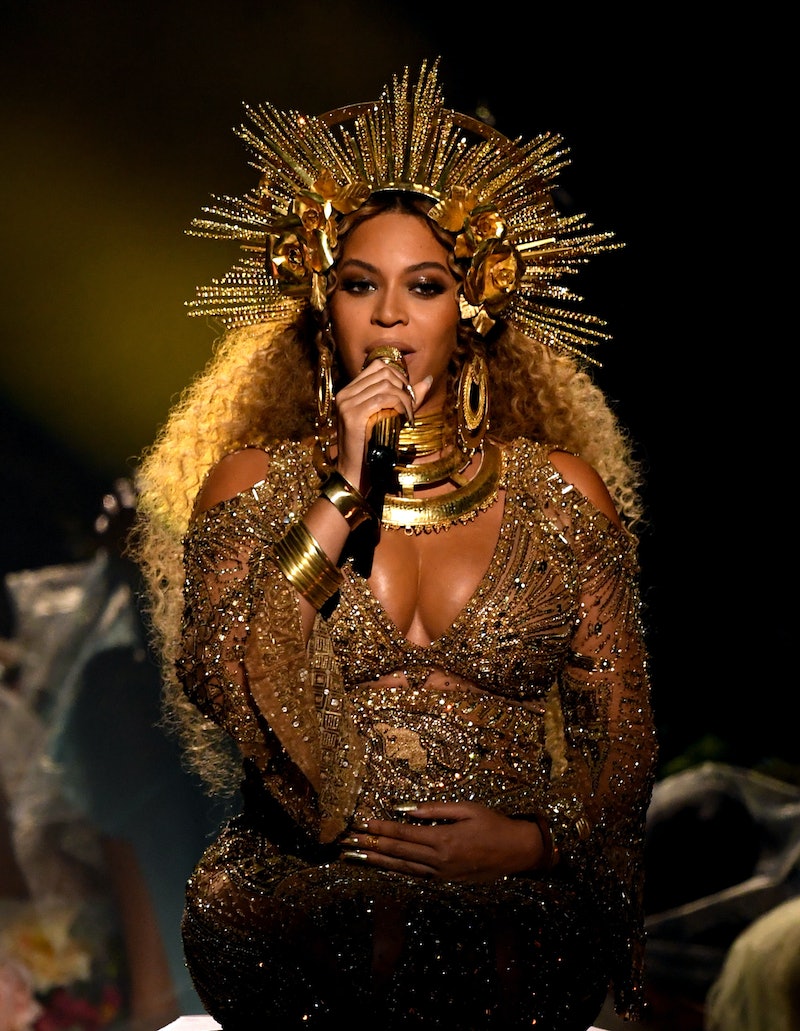 The most memed moment from Bey's magical performance was her literal magical gravity-defying chair stunt. Sure, the singer may be pregnant with twins, but that's not gonna stop her from leaning way back in a chair like you used to do in elementary school. Don't worry though, she didn't fall because she is Beyoncé and Newton's law of gravity doesn't mean anything to someone of her caliber. She leaned back seemingly with no help from anyone other than god (they have a personal relationship, I'm sure), and she emerged unscathed like an effing QUEEN.

But, that wasn't the only spot of the performance that Twitter users were talking about during the Grammys. They memed pretty much all of it. Here's what her fans had to say about that chair moment and her magical performance in general.

People Were Deeply Unprepared For Her Gloriousness (Fools)

People Were In Awe Of Bey's Chair

How does she do it?

And In Awe Of Her General Self

But, Back To The Chair

OK, so what we learned tonight is that Beyoncé is stronger than gravity. That's all.