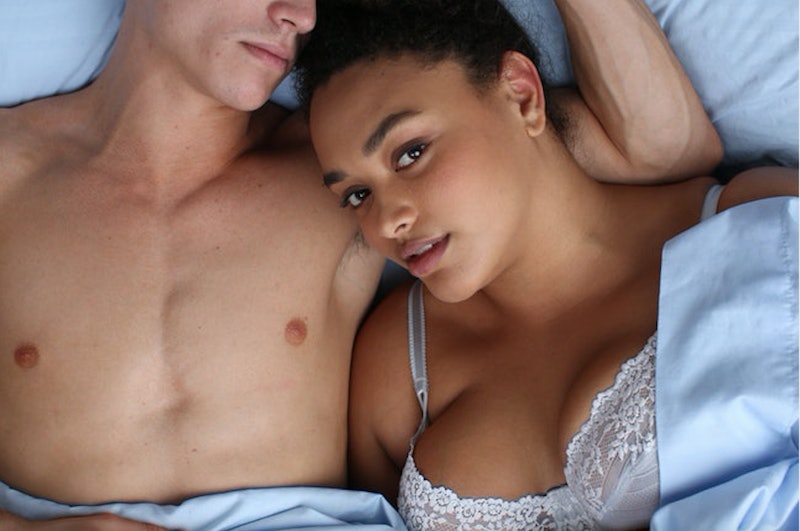 According to a dissatisfying, disappointing and, albeit, unsurprising, report published at the end of April, men are twice as likely as women to climax every time they have sex. (Cue the saddest of sad trombones.)

The report, published by polling company YouGov, surveyed 16,266 adults in the U.S. aged 18 and older by asking: “In general, when having sex with a partner, how frequently do you have an orgasm?” (The poll did not specify whether there were any respondents who were non-binary, trans, or otherwise did not identify as either male or female.) The sample size was rebased to 10,255 to account for those who responded, “I don’t have sex with a partner,” “Don’t know,” or “Prefer not to say.” (Moment of pause for those who “don’t know” whether or not they had an orgasm during sex.)

There is slightly less of a gender disparity among respondents who said they reached climax “most of the time”: 32% men and 34% of women said this was true for them. However, women are significantly more likely than men to orgasm just “half of the time” during sex (15% of women compared to 8% of men). Women are more than three times as likely as men to have an orgasm less than half the time (17% of women versus 5% of men).

Nearly one-in-ten women (9%) say they never orgasm during sex. This is more than four times as many as the 2% of men who said the same.

“Women who are either lesbian (10%) or bisexual (9%) are the most likely to say that they “never” reach orgasm during sex with a partner,” the survey found.

The climax disparity between men and women is nothing new. In fact, it has a name: the Orgasm Gap. While the studies on the female orgasm are quiet as varied or in depth compared to men, the information we do have shows women tend to climax less than men during sex. Per the Kinsey Institute, “85% of men report that their partner had an orgasm at the most recent sexual event; this compares to the 64% of women who report having had an orgasm at their most recent sexual event.”

When it comes to casual sex, the orgasm gap is worse. A 2012 study published in The American Sociological Review states, “These conditions [in order for a woman to reach climax (i.e. oral sex)] were much more likely to be met in relationships than in hookups.

“Women are still socialised and raised to please,” Clinical Psychologist Linda Blair wrote for the Guardian in a 2010 piece about the Orgasm Gap. “It is easier for a woman to say nothing if it is not working, and then wait for it to be over. The woman may also be thinking ahead, and trying to prevent problems in the future by not saying anything – in case he gets anxious, in which case, neither of them will have any fun.”

Learning how to ask for what you want in bed and, equally important, asking your partner what they want in bed may be uncomfortable at first. But you know what else is uncomfortable? Not enjoying sex. So, get comfy. Get freaky. And, for the love of god, ladies: get yours.