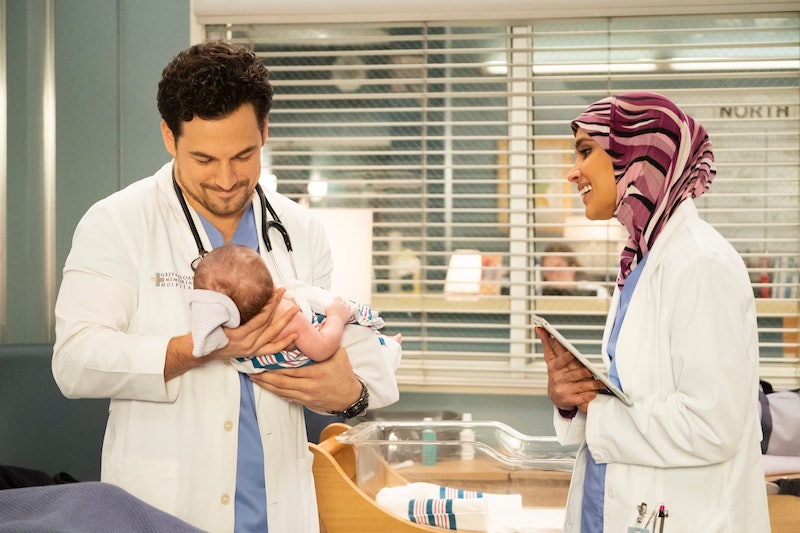 Grey’s Anatomy is a lot of things — it’s harrowing and heartfelt and schmaltzy and addicting — but one place in which it lacks is explaining or referencing the three children of the titular character. Yes, Meredith Grey has three kids. Most people forget that fact. Now that Meredith is fully moved on from Derek’s death and is dating Andrew DeLuca, the hottest piece at the hospital, there will come a time that DeLuca meets said children. Oops, that time, according to the latest promo, is now, when DeLuca, trying to exit Meredith’s bedroom, runs right into Meredith’s eldest child. Guess DeLuca is meeting Meredith’s kids on Grey’s Anatomy.

Meredith is doing the right thing in dating DeLuca but waiting as long as possible for her children to meet her boyfriend. They are young, and their dad died, and any semi-responsible parent would do that same thing. You don’t want your kids to meet and grow attached to a person that won’t stick around that long. Meredith and DeLuca haven’t implicitly had the “will you be a good stepfather to my kids” talk, but the fact that DeLuca is dating a single mom and doesn’t seem to mind it seems to mean that he’s cool with kids and the whole package deal. (This includes Meredith’s sisters, who will never leave.) Because Grey’s so seldom talks about Meredith and Derek’s children, let’s take a refresher on just which baby is which — DeLuca probably needs one, too.

Back in Season 7, Zola came with a group of Malawi orphans to the United States to get surgery for her spina bifida. Meredith and Derek were deflated after Meredith’s miscarriage post-gunfight and her diagnosis of a “hostile uterus,” and so, they decided to adopt Zola as their own. Meredith almost ruined it by fudging the results of the Alzheimer’s trial she and Derek were working on, resulting in Zola being taken away — medical fraud is generally a no-no when you’re trying to prove you have the chops to adopt a baby. Eventually, Zola was given back to Derek and Meredith and they were a happy family of three.

Meredith and Derek had a tough few years after they adopted Zola, namely because they both survived a horrific plane crash that killed Lexie and Mark Sloan and put the hospital in a massive amount of debt. Lawsuits, man. Afterwards, Meredith find out she’s pregnant, and during her Caesarean delivery, she realizes she’s in DIC, or disseminated intravascular coagulation. That means that blood clots were forming all over her body, and it’s extremely deadly if not treated. Miranda Bailey rushed Meredith into surgery and removed her spleen, saving her life. In return, Derek and Meredith name their new son Bailey after their favorite doctor. It’s a boy!

Ellis was born under extreme duress — yes, even when compared to her brother and sister. Meredith and Derek were already fighting about work (she wanted him to step back so she could do more at work and not at home) when Derek was killed in a car accident in Season 11. Meredith disappeared to San Diego for a while after Derek’s death, and during her sabbatical away from the hospital, she had a baby — Ellis, a daughter, named after her mother. Meredith came back to Seattle about a year later, and everyone was like, “Oh, OK, there’s another kid to remember now.”

All of the Grey Shepherd children have had complicated lives — they’ve survived famine, blood clots, and the death of a parent. Meredith has a big job, and she’s lucky that she can afford the help (and has the family) in order to keep things going at home. Now, DeLuca is in the picture, and Grey’s Anatomy viewers will get to see how they react to a new man in the house.