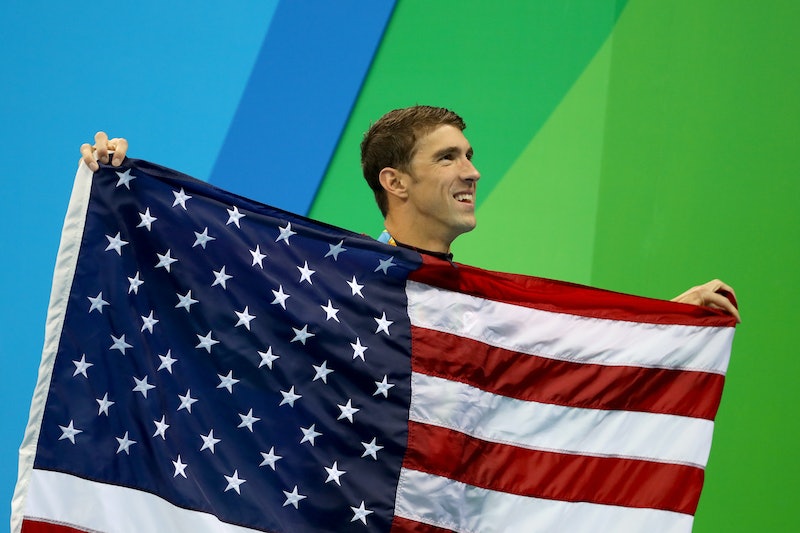 To be honest, I'd been pretty hard on the idea of Michael Phelps racing a shark for Shark Week. Not that I think it makes for poor viewing — quite the opposite, I was excited to tune in. But I didn't love the promos that tried to guess whether Phelps could beat a shark — because no, he can't. He's a human, and sharks are sharks. Even one the fastest swimmers of all time doesn't stand a chance against a great white, right? Right, but I have to give Phelps credit for coming pretty damn close. Phelps didn't win the Shark Week race, but he wasn't blown completely out of the water either.

He knew the odds were stacked against him, since great white sharks can swim up to 25 miles per hour and Phelps maxes out around six — so he was determined to train harder to get his speed up. He practiced racing against top speeds for smaller sharks like hammerheads and reef sharks, and he actually beat the reef shark and came in second to the hammerhead. Phelps also used technology to aid him in his race — donning a special shark skin-like suit and a monofin flipper to increase his speed.

In the end, his efforts were futile because the great white won. But, Phelps won my respect for coming in at a really close second. The Shark Week team recorded a great white's speed over 100 meters and then Phelps raced the same distance. The results landed Phelps just two seconds behind the shark: 36.1 seconds to 38.1. While sharks are fast, viewers learned in the episode that they can't sustain high speeds over long distances, which is likely how Phelps was able to trail the shark only slightly.

Let's be real, we all knew the shark was going to win, but it was about the journey not the victory — and I certainly had a lot of fun watching him try his best against superimposed shark footage. That's really what we all came for, right?