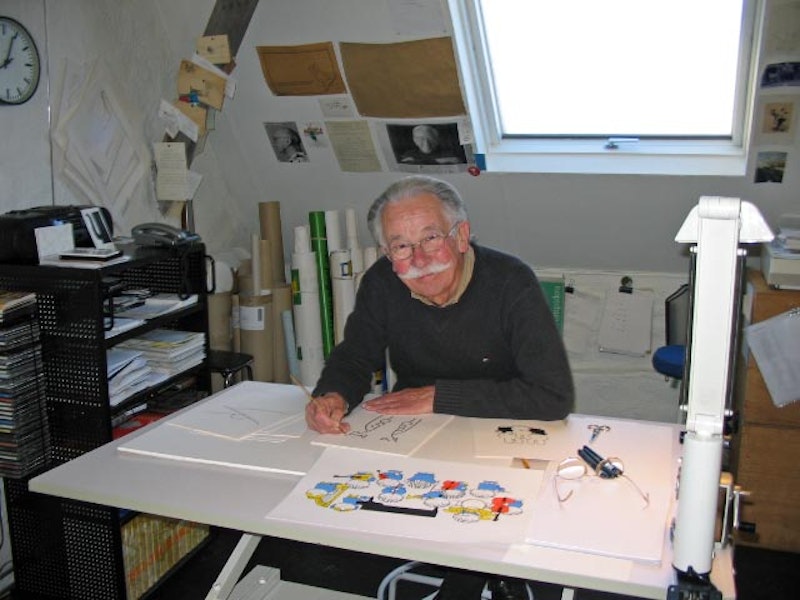 A sad announcement out of Utrecht, Netherlands on Friday: Miffy creator Dick Bruna is dead at 89 years old. His publisher announced that Bruna died on the night of Thursday, Feb. 16. His cause of death has not been revealed. According to the press release, Bruna "is survived by his wife, three children and six grandchildren."

Bruna's career as an author and illustrator lasted for more than 60 years, and he was best known for creating the children's book heroine Miffy the rabbit IN 1955. Miffy is known as Nijntje in the original Dutch. She first appeared in English in 1964.

In recent years, Miffy has received a 2013 movie and two television series in 2003 and 2016. Released in 2008 and 2009, the last three Miffy books are currently available only in Dutch. Bruna published more than 30 Miffy books during his life.

For more than 60 years, Miffy has been beloved by children and parents the world over. The character caught on quite well in Japan, where she is known as Usako. Bruna's minimalist art style may have played some role in Miffy's success. He says: "She is much simpler than quite a lot of other characters. ... A child thinks that she can draw [Miffy] herself, and Miffy is very close to children. ... She's nice and warm and could be a friend to children."

Dick Bruna would have celebrated his 90th birthday on Aug. 23.