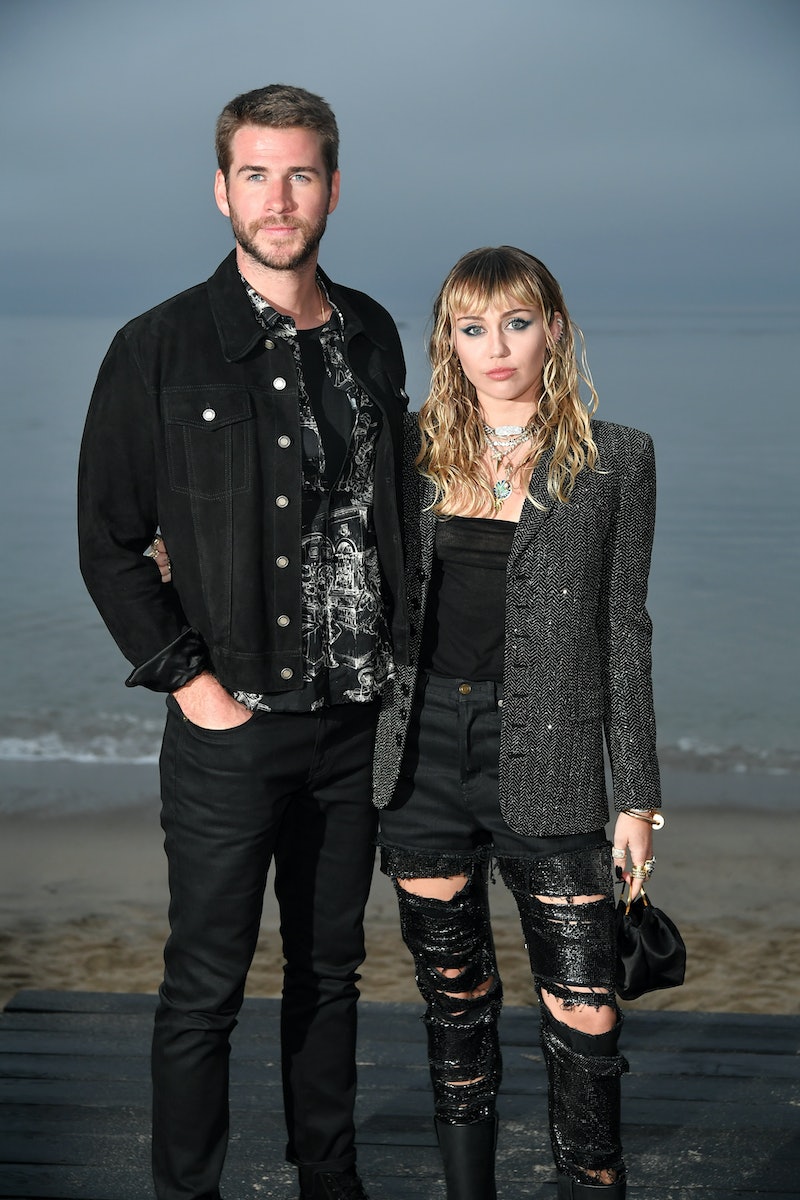 There's a lot of uncertainty in the world right now. It kind of feels like we've reached a tipping point with more than a few major cultural issues, which is why countless celebrities have been using their platforms to take a stand. During a recent interview with Elle, Miley Cyrus said she won't have kids until one of those issues begins to improve, but she's doing all she can to see that happen.

Back in November 2018, Cyrus and her husband Liam Hemsworth lost their Malibu home to the calamitous wildfires that swept the California area. Luckily, they were able to evacuate without sustaining any injuries, but the tragedies that others experienced certain weren't lost on her.

"Completely devestated [sic] by the fires affecting my community," she wrote in a tweet at the time. "I am one of the lucky ones. My animals and LOVE OF MY LIFE made it out safely & that’s all that matters right now. My house no longer stands but the memories shared with family & friends stand strong."

Cyrus opened up about the fires during her recent interview with Elle, and noted that, "With natural disasters, you don’t get a choice. You surrender. And nature’s female. When she’s angry, don’t f*ck with her. That’s the way that I feel women are like right now. The earth is angry."

She then went on to reveal how the wildfires and climate change have affected her feelings about having kids:

"We’ve been doing the same thing to the earth that we do to women. We just take and take and expect it to keep producing. And it’s exhausted. It can’t produce. We’re getting handed a piece-of-sh*t planet, and I refuse to hand that down to my child. Until I feel like my kid would live on an earth with fish in the water, I’m not bringing in another person to deal with that."

Cyrus has been a vocal proponent for many politically charged issues over the years, but it seems as if climate change, in particular, has been at the forefront of her mind as of late. She even gave an impassioned — slash expletive — speech about the topic towards the end of her set at Denmark's Tinderbox Festival on June 28 (as reported by Pop Crush), and told the crowd, "I hope all of you all know how important it is for you all to be involved in politics. The youth, this generation, we are the last f*cking hope on this dying f*cking planet."

Cyrus continued to rally her fans into taking action, urging that the earth "is begging you to f*cking go clean up the motherf*cking ocean. I don't like this motherf*cking trash in the water ... the living f*cking animals deserve to be there and have nowhere else to go ... we don't have anywhere to go either. There's no planet B, so don't f*ck it up."

She's got a point. And her reasoning for not wanting to bring a child into this current environment definitely makes sense. The world could definitely use a few more passionate activists like Cyrus, though.