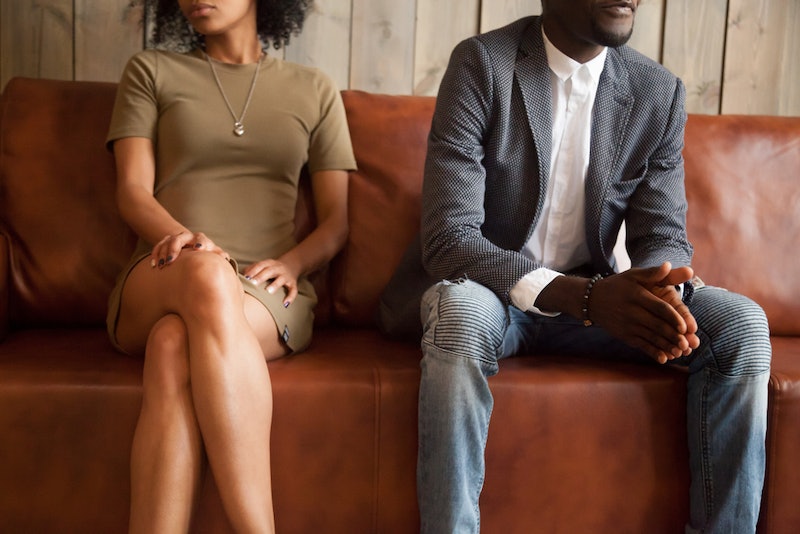 Of all of the things holding people back from finding true love, one is particularly troubling and extremely common. Money. Yep, according to the annual Singles In America survey from dating app Match, millennials are dating less because it's too expensive. The survey reported that 20% of millennial daters feel they need to reach a certain income level before pursuing romance, and more than 30% said they just don't have the money to go on dates.

In fact, one man told USA Today that he stopped dating altogether because he was spending hundreds of dollars a month on dates that went nowhere. He also said he avoids suggesting coffee dates for fear of looking cheap. Bring on the coffee, I say, because according to a study by Deloitte, reported by The Washington Post, the average millennial has a net worth of just $8,000. I remember seeing this story after a friend posted it on social media and commenting, "that much?" Most people I know who are my age are in the negative when it comes to net worth.

Seriously, just because you're broke, it doesn't mean you don't deserve love. Perhaps for a first date, each person should just make coffee at home and meet at the park for a walk. If you decide you like each other, then you can move on to the more expensive coffee-shop coffee date.

There is no use wasting time or money if you don't click. Because the only thing worse than throwing away money on an expensive date with someone you're sooooo not into is having to sit through that date until the server brings the check.

Personally, as long as someone shares my interests and values, money is not a huge issue for me in a relationship. As long as you can support yourself, it's cool. And, let's get real. Most young people are broke these days, they're apparently just not talking about it with their dates. So, what are the lovelorn to do?

"Propose cheaper activities," one person suggested on Reddit. "I think a lot of people in their 20s want to pretend they are rich but my friends are usually happy to do something cheaper."

Another pointed out that talking about finances up front is a good way to prescreen your potential dates. "It really comes down to — what would you be happy with and figuring out how to make that cost less. If the online dating person you're meeting doesn't think your idea of a good time is acceptable — then that's the easiest/quickest (and cheapest ) way of figuring out that person probably won't make it to the third date mark to begin with."

In addition, if you're waiting until your financial situation improves before dipping a toe in the dating pool, that's the modern-day American dream. It can take years. Everything is expensive. Many jobs don't pay you what you're worth. Maybe you have student loans and credit card debt, or perhaps you're paying half of your income to rent and someone just hit your car in the parking garage.

None of these things make you a bad dating risk. And chances are, a good portion of the dating pool is in the same boat. Perhaps it's time to start talking about these things so people can get out and meet each other at the park with their homemade coffee instead of feeling less than because they can keep up with the Kardashians. Just sayin'.