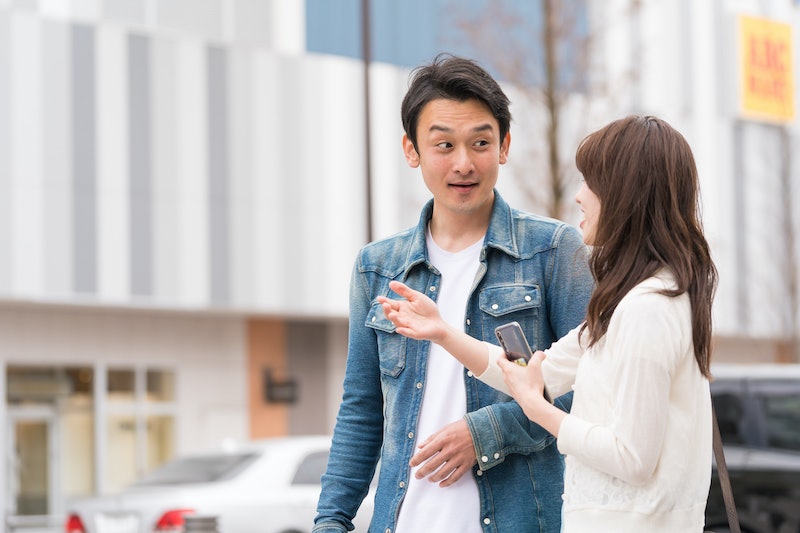 There are many so factors that help predict whether or not a couple will have a successful relationship. But research has shown that one small communication habit makes it easier to see eye-to-eye (quite literally). And that can make all the difference when it comes to sticking together, or eventually breaking up.

According to research by clinical psychologist Dr. John Gottman and mathematician Dr. James Murray, couples who face each other when talking, and those who acknowledge their role in a dispute, are more likely to last long-term.

They came to this conclusion after evaluating the way 130 couples spoke to each other, and all the little emotions that occurred during a series of discussions, according to the Wall Street Journal. Apparently, a contentious exchange proved to be the most predictive of divorce, while the couples who resolved conflict in a positive way tended to stay together.

While lots of emotions were at play, the researches boiled it down to that key habit: facing each other. And while it sounds simple, it makes sense why this move would have such a big impact.

"One of the primary things that can happen during fights and disagreements is the dismissal of the other person and their worth (and therefore the value of their argument)," Dr. Adi Jaffe, PhD, a mental health expert and relationship counselor, tells Bustle. "Facing one another provides the attention and focus that can help bring the right effort towards truly resolving the disagreement."

It can also send a strong message. "Turning your back on a partner or failing to acknowledge them suggests an imbalance in power, [that they are not valuable, and that] they do not 'deserve' to be addressed with your full attention or validation," Dr. Tarra Bates-Duford, a forensic psychologist and founder of Family Matters Counseling Group, tells Bustle. "Turning your back also implies you do not want to discuss the issues causing the conflict."

If a topic remains off limits, Bates-Duford says, it can create issues such as resentment, anger, and guilt in the relationship — all emotions that won't do you any favors. But by facing each other, having a productive conversation becomes way more likely. "Additionally, facing your partner connects you and increases eye contact and empathy," Jaffe says, which can maintain the feeling that you're on the same team.

Interacting in a positive way, according to the research, was also a general predictor of success. For couples who were at a low risk for divorce, their ratio of positive to negative responses during these discussions was five to one. Whereas couples who were at a high risk for divorce had a ratio of one to one. Based on these observations, the researchers were able to predict divorce with 94% accuracy, according to the Wall Street Journal.

So what do you do if you notice these negative patterns within your own relationship? As Jaffe says, "The good news is that the adjustment can be simple." Complimenting your partner, for instance, or choosing to focus on a positive instead of a negative, can increase your chances of staying together. "It’s pretty easy to find positive interactions once you know you can make this shift," he says.

But it can always come back to the small communication habit of facing each other, and all the benefits therein. "Disagreements can be used as a window to better understand how your partner thinks about a particular topic," Bates-Duford says. "By having a deeper understanding of how your partner may experience things, [you'll have a] better chance of working through issues." And that can be so much easier when you make eye contact.