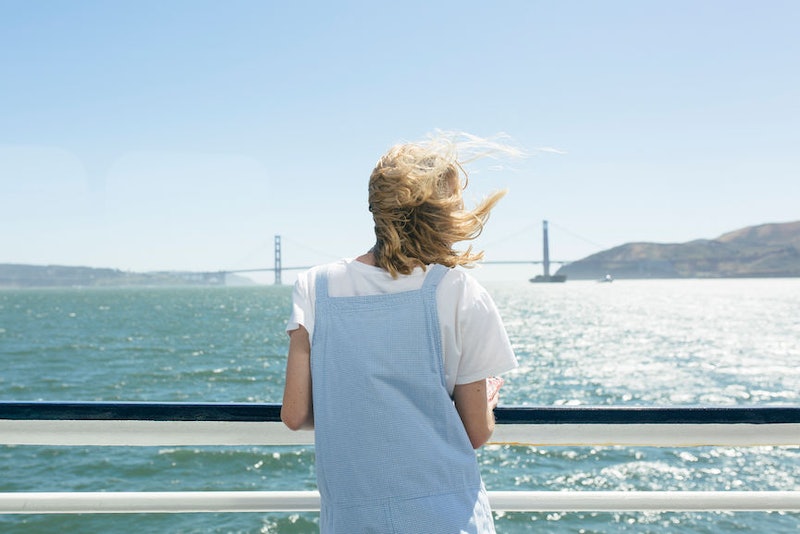 Well, I'll start with "not this millennial!", which leaves me in the lesser half but real talk, a recent survey done by Contiki found that over half of millennials would give up sex to travel the world. That's 57% to you and me.

Who doesn't love a good game of would you rather? Would you rather have legs for arms or arms for legs? Would you rather eat ten large pizzas or never eat pizza again? Obviously, eat the pizzas, but when it came down to would you rather go travelling or get laid, people were fast to choose seeing the world celibate as opposed to adventures plus boning. The study asked its 1500 participants between the ages of 18-35 whether they'd be “willing to give up for around six months if that meant you could travel the world for free” and 57% said yes.

Just think, if you had the chance to make this deal with the universe, would you take it? And the universe is all around you and throwing insanely hot tour guides, fellow travellers, bar staff, language teachers etc onto your lap. Because we all know the second you're off the market for whatever reason, that's what the universe does. Or, like people can sense it or something.

Wow maybe it is time to throw out all of your contraceptives and hit the road? DISCLAIMER: that was a joke, I will not be held responsible for irresponsible sex.

The study was done by Contiki Tours. You might know them as the travel enabling company that looks after 18-35 year olds, keen to see the world, meet new people, have good craic, and probably get laid. Yes, well it seems that the latter is no longer important as all of the former for potential travellers and guys, that is not all people are willing to give up.

It looks like sex is not the only thing that would go by the wayside in favour of travel-induced expanding of the mind. Yes guys, the plot actually thickens. Of the 1500 part, 80% would give up Netflix for six months too. Well, I suppose it might lose its splendour when the "and chill" bit is removed. And also that is an easy thing to give up, right? A not so easy 73% would give up booze, which I mean seems to be a pretty prevalent part of 18-35 year-olds' social life. Not that I am any kind of expert. OK kidding, love a drink.

A headache inducing 77% would actually give up coffee for several months. While travelling. No coffee, while potentially going to some of the coffee capitals in the world? What kind of fresh hell is that? A further 60% would be happy to drop carbs, which I guess would mean you would come back with that waist hella snatched, and not only from travel-related gastrointestinal issues.

The most shocking of all the figures is the lowest one. Look, sex, coffee, booze...some of life's greatest pleasures. However, a redonkulously low 41% would give up their phone. Ah, yes so that means 16% more people would give up sex over scrolling through Instagram for the trip of a lifetime.

I guess, as the ancient proverb I often refer to goes, "If you do or go somewhere super lit and there is no selfie evidence of it happening, did you actually do it?"

Well, in fairness how much of your day is spent looking at other people's photos of their incredible lives and silently resenting them while you are sat at work, eating a sad looking salad al desko? Because honestly, what is travel if you can't be smug about it am I right?

OK, hold up while I take a selfie by this goat.