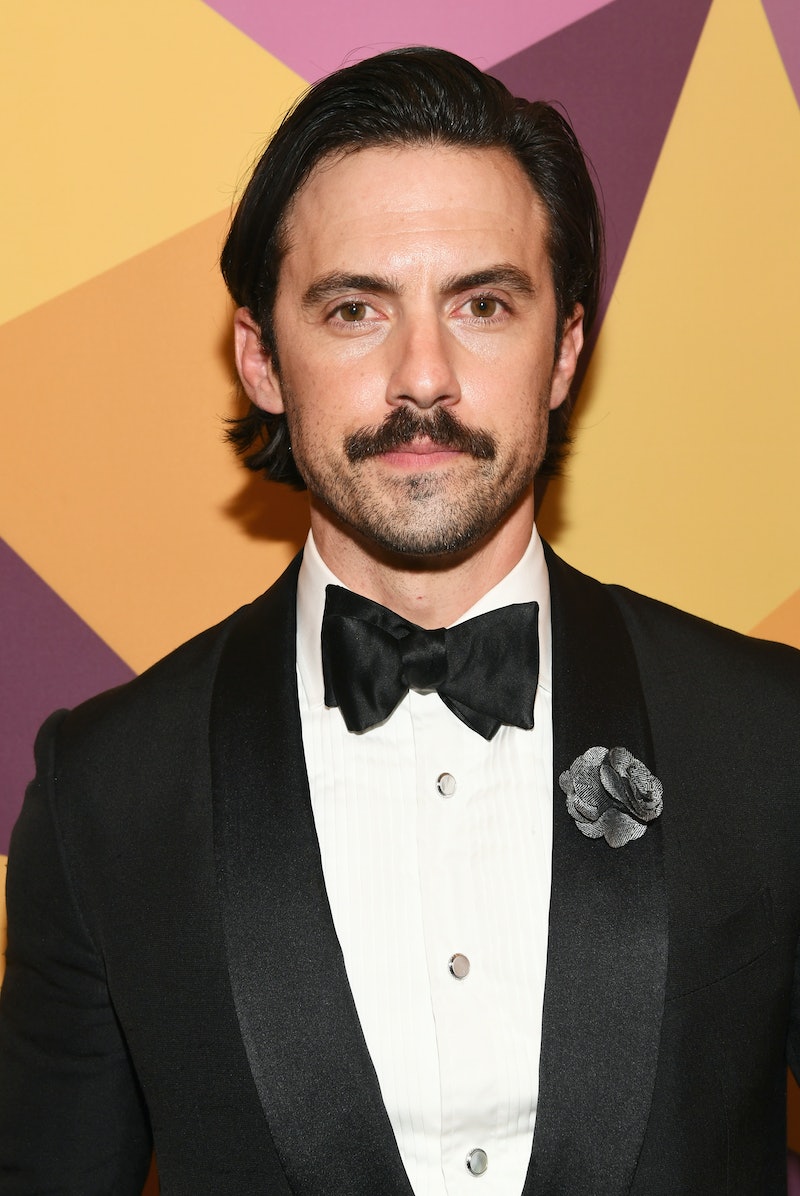 Gilmore Girls fans rejoice! Creator and showrunner of the beloved show, Amy Sherman-Palladino, and Rory's iconic heartthrob Jess (Milo Ventimiglia) cozied up in a photo at the 2018 Golden Globes for a Gilmore Girls reunion. Ventimiglia was in attendance for the hit NBC show, This Is Us, and Sherman-Palladino is at the helm of another nominee, Amazon original series The Marvelous Mrs. Maisel. Michael Ausiello, founder and editor-in-chief of TVLine.com, posted a picture on Instagram of the two on the red carpet — and it was beyond adorable. It's clear the two share a special bond after years of making the show that's become such an icon among longtime fans.

"If [creators] Dan Palladino or Amy Sherman-Palladino ever called me, of course [I'd return to Gilmore Girls],” Ventimiglia told Variety in February of last year. "They are the reason why I show up. Amy created Jess, and I loved speaking her words."

But he also made it clear that he's left that role in the past. When asked if he had any theories about the identity of Rory's baby's father, it was evident that he doesn't spend much time thinking about it. "Let me be real honest: When I worked on the show, that was my present, but that’s 13 years in the rearview for me now so I don’t spend what little free time I have wondering about the baby of a past TV flame," he said according to the same Variety article.

That didn't stop a good old-fashioned reunion, though, which is exactly what the fans want. The role of Jess was obviously important to Ventimiglia's career, despite the fact that he's ready to move on from it today. He told Entertainment Tonight in June that he knows the role still has an impact today.

"Still to this day, you know, it blows me away — the impact of the Jess character, how much everyone was in love with him and wanted to find a guy like Jess. He was kind of trouble, you know,” he said. “He had good hair. He had that pompadour thing going. He had dope jackets, and he always had a book in his back pocket. And I feel like, well if you’ve got that hair and you’ve got a cool jacket, and you’ve got a book in your back pocket, you must be good for a girl.”

Gilmore Girls (series directing: Jamie Babbit, 18 episodes) originally wrapped in 2007, but was rebooted in 2016 for a Netflix revival, of which Ventimiglia and Sherman-Palladino were both a part. From the sounds of it, Ventimiglia was chomping at the bit to work with the old Gilmore Girls crew again. "Amy and Dan [Palladino] as well as Warner Bros. were smart enough to go and attach everyone before it got out that they were doing this. [They] said, ‘Hey, we’re doing this, we’d love to have you. Do you want to be a part of it?' And I think everyone answered yes. Everyone," he told Entertainment Weekly. "And they got everyone. I stayed close with Dan and Amy for years, and to me, I was like, ‘Yeah, of course I’ll be there. Absolutely. I don’t care if I’m doing a movie in Tunisia, if I’m filming Star Wars wherever, I will show up for this, because I care about it.'"

Sherman-Palladino had similar feelings about Ventimiglia. "I always thought that Milo deserved his own show," she previously told Glamour magazine. "I thought Jess' journey of trying to find his family because he was a guy who was so hard to let people in — it could have been a really great journey."

She's likely happy, then, for the success Ventimiglia has achieved with This Is Us (series writing: Kay Oyegun, 27 episodes). It's clear that though these two might not see each other every day, the love still remains. That's part of the magic of awards show season — old friends get to reunite, and it's a joy for the rest of us fans to watch.