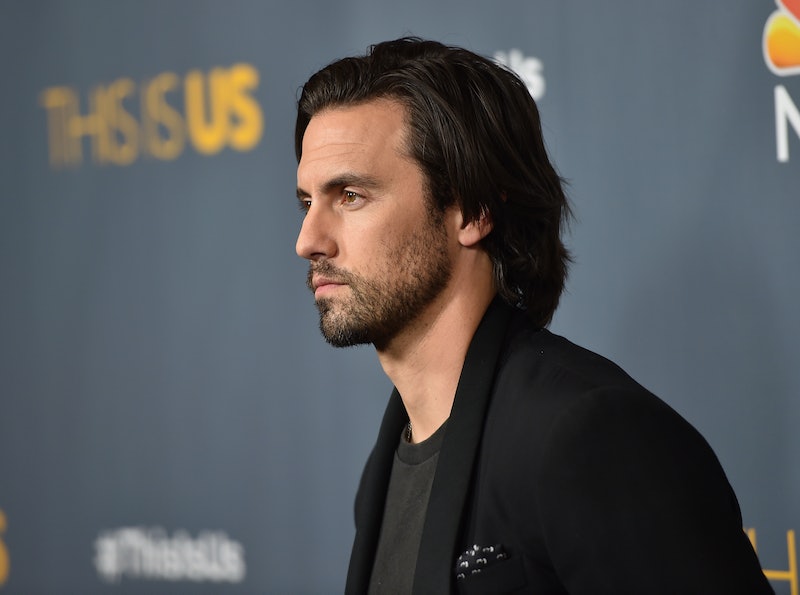 As expected, the season finale of NBC's This Is Us introduced viewers to another side of the beloved Pearson couple. We entered the episode — brilliantly entitled "Moonshadow" — somberly, anticipating the grimy tellings of Jack Pearson's battle with alcoholism and inevitable death. And although our theories about Jack's death weren't proven this time around, we were still met with another heartbreaking moment — the brewing fight between Jack and Rebecca. I ended up falling more on Jack's side during the event, and according to an interview with People, actor Milo Ventimiglia did as well. In addition to giving his take, Ventimiglia also revealed which part of This Is Us'' big blow-up hurt him the most.

When asked about the gut-wrenching moment, Ventimiglia quoted the very line from Jack that had me on the verge of tears: “You don’t know the things I’ve had to do, the crap I’ve had to eat." And he explained just why that particular line resonated with him the most, telling People,

"The fact that [Rebecca] walks away from the conversation in the kitchen, when [Jack's] just saying, 'So, what happened with Ben?' and it kind of blows her lid, but it also opens the door to her saying to him that she’s a ghost."

To Ventimiglia, Rebecca's deflection was almost disrespectful because he felt as though she owes Jack an explanation. Thanks to the flashbacks, fans know just how much pride Jack has had to swallow to ensure that the Pearson clan lives above water, but Rebecca is clueless.

From selling his beloved Chevelle, to begging his abusive and alcoholic father for money so he could buy their house, Jack has humbled himself on multiple occasions to provide for Rebecca and the Big Three. Because of that, Rebecca not wanting to be upfront about something so trivial as an ex-relationship is almost a slap in the face.

Ventimiglia totally agreed: "In Jack’s eyes, it sounds like she’s ungrateful for his effort into the family — his hard work, the things that he’s had to sacrifice." But as for why Jack never brought any of this up to Rebecca, Ventimiglia said,

"That’s just not Jack. He doesn’t need someone to pat him on the back for him making a sacrifice for his family. But when his wife is pushing him, the elephant in the room to him is like, 'You have no idea what I’ve been through.'"

Don't get me wrong, Rebecca is totally validated in exploding on Jack. But because she isn't privy to the information that we have a front row seat to, we have more insight into Jack's point-of-view.

After the season finale, I'm wondering whether or not Rebecca will ever know the full extent of Jack's love for her. I guess we'll just have to wait until This Is Us' Season 2.

More like this
An Ultimate Guide To The Music Of 'Rap Sh!t'
By Brad Witter
This New TV Show Revisits The Most Controversial True Story From Hurricane Katrina
By Brad Witter
Everything To Know About Netflix’s 'Never Have I Ever' Season 4
By Jack Irvin and Gabrielle Bondi
Meet The New Team Of Residents Joining 'Grey's Anatomy' In Season 19
By Brad Witter and Sophia Moore
Get Even More From Bustle — Sign Up For The Newsletter