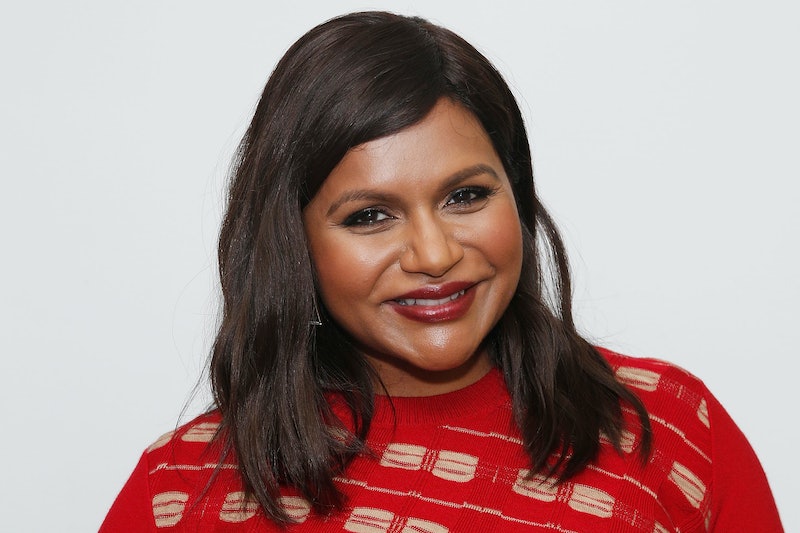 Katherine Kaling’s paternity will remain private for respectable reasons, thank you very much. In a recent interview with the New York Times Magazine, actress Mindy Kaling explained why she won’t talk about her daughter’s dad — at least, not for the time being. During the interview, the actress opened up about the decision to keep the identity of her daughter Katherine's — whom she gave birth to in December 2017 — father out of the spotlight. “My feeling is that until I speak to my daughter about that, I’m not going to talk to anyone else about it,” Kaling told the publication.

During the interview, the Late Night actress added that she was “surprised” by how much she enjoyed being a mother, explaining that she didn't initially believe she possessed maternal instinct. “I did not think I had a big maternal instinct. I’m very impatient, and having a baby requires an amount of patience that I was worried about,” Kaling said. “But they don’t tell you that the thing will look so much like you, and do things that are so sweet and adorable, that you’ll naturally not have the same impatience that you would have with a stranger or someone who works for you.”

Kaling has been hard at work since the birth of her daughter. While she explained that her love for work is something “that will never change,” “the kind of work” that she chooses has changed since Katherine's arrival. "When I did the first season of The Mindy Project at Hulu, they were like, ‘You could do as many episodes in a season as you want,'" she told the publication. "And I was like, ‘Can we do the maximum?' But waking up at 5 o’clock in the morning to do 26 episodes of TV is not something that I’m going to do again.”

Kaling’s latest project Late Night, which arrived in theaters on June 7, follows Katherine (Emma Thompson), a revered late night talk show host who hires writer Molly (Kaling) onto her all-male team after facing backlash for lack of diversity. The comedy could easily be paralleled to Kaling’s impressive career trajectory, which at first began with a summer internship on Late Night With Conan O’Brien and his since progressed to The Office and ultimately, The Mindy Project. And, with her upcoming Hulu miniseries adaptation of Four Weddings and a Funeral and untitled wedding rom-com with Priyanka Chopra, Kaling's just getting started.

During the interview, Kaling also revealed that she found the early stages of motherhood “funny” and, at times, “gruesome.” However, don’t expect The Mindy Project alum to work that into her comedic material any time soon.

“I don’t know that I would ever write about it. I do think that a child appreciates you for none of the things that you are proud of," she told the publication. "The qualities in my life that I’m really proud of, like being a funny writer or a good dresser or a great boss or a good listener — I don’t know that my daughter loves me for any of those reasons. To her, my value is something completely different.”

Baby Katherine certainly has a lot to value. As for the discussion about her father's elusive identity, that can come on another day.