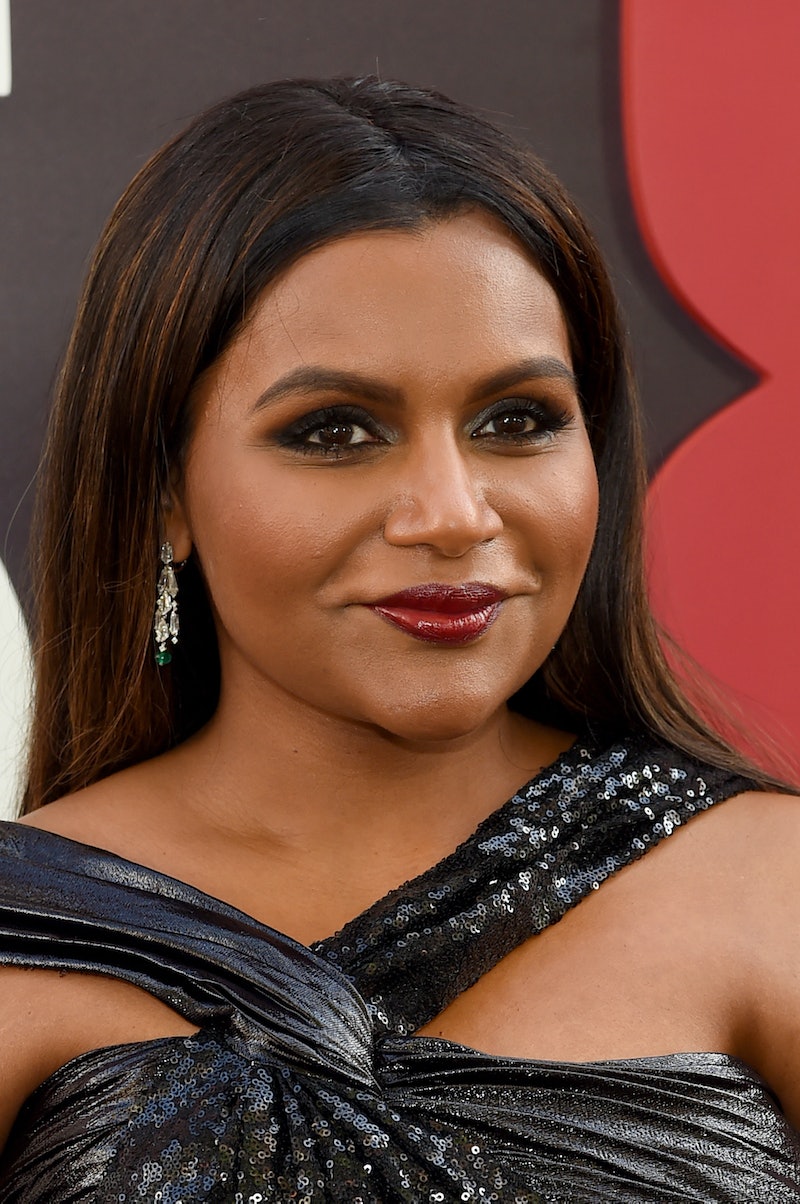 Just like the other (few) pictures that Kaling has shared with her fans, this holiday photo does not have the baby's face in it. Instead, the mother of one shared a picture of herself smiling and holding onto baby Katherine while she looks out the window. Oh, and they amped up the cuteness with some matching mother/daughter pajamas.

Based on the caption, we can assume that Katherine is on the look out for a sleigh pulled by reindeer. Kaling wrote, "Waiting for Santa." The fans feel your pain, Katherine. Kaling's Instagram followers have been waiting for a glimpse at Katherine's face. However, that hasn't happened yet.

Since giving birth in December 2017, the Mindy Project alum has only shared a handful of photos of her daughter. Nevertheless, she has kept her first and only child's life very private. Maybe she will change her mind about that in the future. Even if she doesn't, the actor has shared some very cute moments with her fans.

Back in January, Kaling shared her first photo with little Katherine. Not only is the baby's face hidden, but so is the rest of her since she is tucked away in blankets in her shielded stroller.

In September, the former cast member on The Office inched closer to sharing photos of her child. Kaling posted a photo of herself holding up matching mother/daughter outfits on her Instagram page. If only she shared a photo of the two of them rocking those matching outfits. Sure, this is an adorable photo, but one with the baby in it would have been even cuter.

On Halloween, Katherine made her true Instagram debut, kind of. Once again, her mom's followers did not get to see her face, but they did find out that she was a lion for Halloween. This time, the mother/daughter duo did not opt for matching, or even coordinating, outfits. Kaling dressed up as a bottle of mustard. It's definitely not a traditional pairing, but maybe they'll start a trend for parent/child Halloween costumes for next Halloween.

On Thanksgiving, the Wrinkle in Time star finally posted a photo of them wearing matching outfits! They both wore pink Converse sneakers and skinny jeans. However, she did not include either of their faces in the photo, unfortunately for the fans.

Of course, the photo of Katherine looking out the window and waiting for Santa's arrival is both sweet and seasonal. The matching outfits will never not be cute. It really is a great picture. Even so, Kaling's fans still want more. However, no one can blame Kaling for wanting to keep her private life private. She is the one who signed up to be a famous actor, not little Katherine.