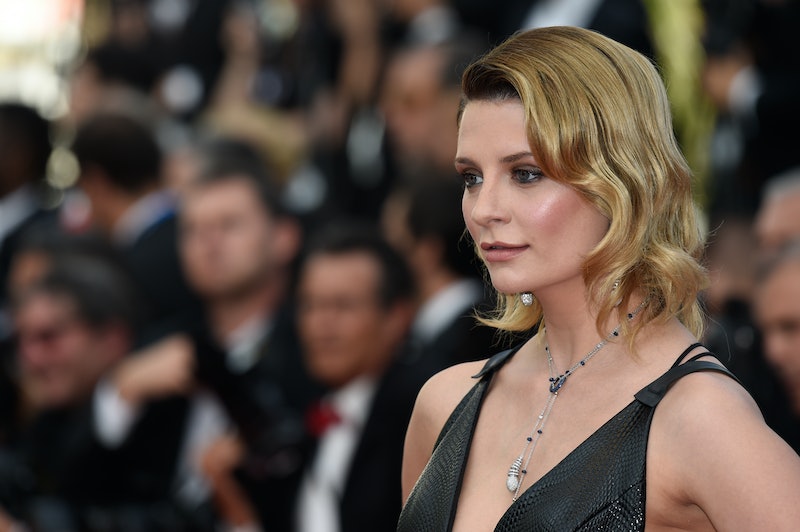 Quick, grab your hipster jeans and a bottle of Sun-In. The early 00s called with an update on one of the most beloved characters from one of the greatest shows ever made about California — The O.C. Yep, the show that permeated my adolescence and, dare I say, being. Well guys, the actual Marissa Cooper has been talking about the iconic series, so prepare for a nostalgia overload. Yep, our gal Mischa Barton has revealed The O.C. stars she still talks to in 2019.

Californiaaaaaaaa here we coooooome! OK sorry, but I *just* had to burst into song.

During a chat with Entertainment Tonight's Katie Krause, Barton spilled which actors from the show she still powows with on the regular.

"I've spoken to a couple of them. I talk to Peter Gallagher quite a lot and, like, you know, I talk to some of the moms, but yeah, not really. Everybody's off doing their own shows and their own things and this has moved so fast, and we've been so busy, that I don't think that's to do with anything other than the fact that we're all crazy busy," she said.

Quick refresher, Gallagher played Seth's dad and Ryan's adopted dad. Meaning that in TV terms she is hanging out with her ex's dad. Except (spoiler alert) Marissa did in fact die so, her ghost is talking to them. Shudders. Sad she didn't mention which moms but I mean, aren't you reeling enough from the fact that she's hanging out with Gallagher and his incredible eyebrows?

So I guess you might be wondering what prompted this particular walk down memory lane. Well, in terms of nostalgia get ready to be shook. Barton is set to star in MTV's upcoming The Hills reboot. Right, so, a character fromThe O.C., which inspired the showLaguna Beach, which then led on toThe Hills, will now be starring inThe Hills reboot. I know right? Inception eat your heart out. Just breathe in through the nose and out through the mouth. OK, now you're calm, let's talk about this show.

Sadly the iconic L.C. (Lauren Conrad to the uninitiated) will not be appearing on the reboot. Which is quite gutting as her "You know what you did!", line from the original series is perhaps one of the most iconic phrases in the history of reality TV. However, Heidi and Spencer Pratt plus their baby will be in the show along with fan favourites like Justin Bobby and Audrina Patridge.

The new series will be an insight into what the gang has been up to since the OG edition ended in 2010. As for Barton, she'll be documenting her efforts to return to the world of showbiz after a few turbulent years. She told Krause it's onwards and upwards for her personal and professional life.

"You'll see on the show, I'm going on auditions,. And I'm getting back out there and I've been doing that, developing stuff, I'm just not sure what it will be yet. But yeah, I'm definitely game for that," she explained.

Not as game as fans are to see this show. I cannot wait.