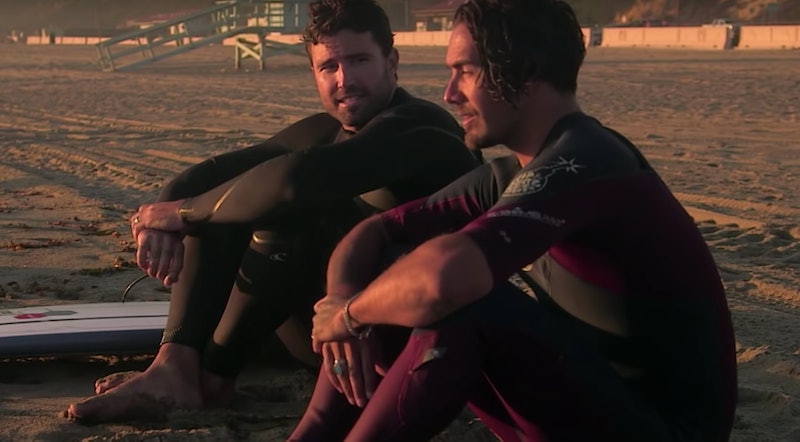 MTV's The Hills was a huge staple for many Brits in their younger years. The UK just didn't have anything like it: a reality TV show (of sorts) taking place in a sunny, beachy setting where everything and everyone was beautiful. Plus plenty of Brits had already been reeled in by the drama of Laguna Beach before the show even started. Lauren Conrad and her Californian chums got us real hard, real quick. So, now that you've probably heard the news that The Hills is returning, you must be wondering: how can I watch The Hills: New Beginnings in the UK?

Let's put your mind at ease straight away. No, you will not have to travel to the actual Laguna Beach to be reunited with your old favourites, as The Hills: New Beginnings will be landing in the UK. And soon. As MTV announced on April 9, you'll be wanting to set a reminder for Tuesday, June 25 2019 at 8 p.m., which is when the show will be making its UK debut, only a day after its premiere in the U.S. Thank goodness. If you want a taste of what's to come, then make sure to take a look at the New Beginnings trailer, which MTV released ahead of the premiere announcement.

The Hills: New Beginnings will be airing exclusively on MTV UK, which you can find on Sky Channel 126 or Virgin Media Channel 134. If you don't have either option, then you might want to spend each Tuesday evening at the house of a pal who does. This nostalgia trip absolutely cannot go forward without you, as it's time to feel the rain on your skin once again, my friend.

However, you might want to steel yourself a little, as it won't be exactly like the old days. In true The Hills style, there's been a major shakeup, as former OC actress Mischa Barton (I know, right?) revealed to Cosmopolitan on June 17 that thankfully, this time around, the show is allegedly far less scripted, and quite a bit more organic as a result.

"This is completely different this time round, because it's not the same production company, it's not the same thing, it's more real," she explained. OG cast member Justin Bobby agreed with Barton, saying: "I think you'll see right off the bat, you cannot hide what's going on," because this time around, the show's producers have taken a "no holds barred" approach. It sounds delicious.

But let's also approach the elephant in the room. While you can certainly expect to see your OG favs, including Heidi and Spencer Pratt, alongside Audrina Patridge, as CNN reported on June 18, the original star Lauren Conrad won't be making an appearance. While that might disappoint some fans, I reckon that you'll get more than enough drama and nostalgia-fuelled feels to make up for it. Plus, it just wouldn't be a proper throwback without someone's absence. Every group needs a Posh Spice to shake things up a little, after all.