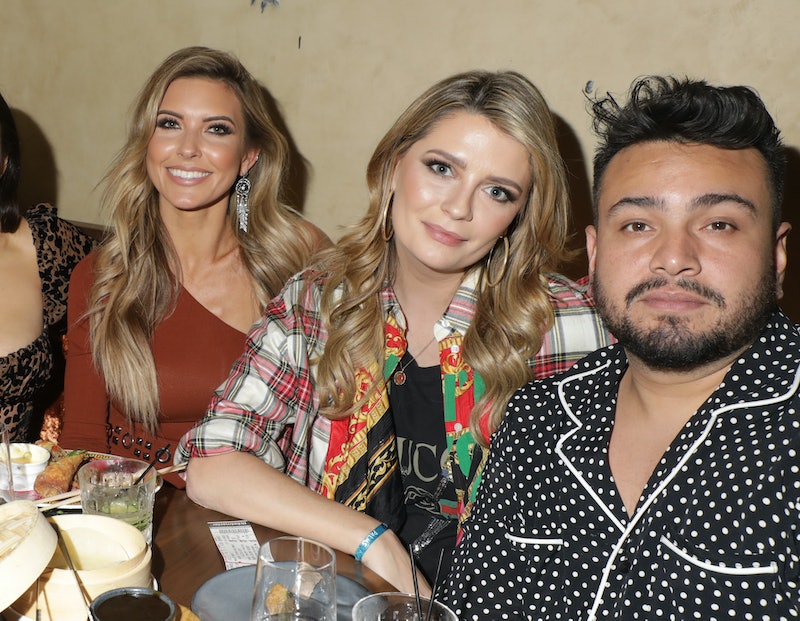 Mischa Barton is ready for a new beginning. And how better to get a fresh start than for Barton to join The Hills: New Beginnings? After experiencing what Entertainment Tonight referred to as "a rollercoaster of ups and down, including hospital stints, fashion ventures, break ups, legal drama, a mental breakdown and television projects," Barton's casting couldn't have come at a more perfect time either. What's more: Unlike Marissa Cooper, the troubled character she played on Fox's early 2000s teen drama, The O.C., Barton's role on The Hills will be a stark contrast, too.

“I do feel I’ve been through a lot, especially in the last few years," she shared with ET in a recent interview. “It’s definitely starting a new chapter in my life.” (The rest is still unwritten, after all...)

Noting that she's doing "great" nowadays, Barton called her new gig on The Hills' reboot "an interesting journey" that's been "really fun to do." As for what role she'll play on the reality show, she added to ET that she is the "voice of reason" within the cast — though she won't exactly be immune to all the drama that's sure to ensue.

“I do have a boyfriend when the show starts, but you'll see,” she teased of what's to come on The Hills: New Beginnings, which MTV will premiere on Monday, June 24th.

The fact that most of her castmates have longstanding (in some cases, tumultuous) relationships, helped Barton mostly stay above the fray. “I was afraid that, obviously, the drama would land on me because I don’t have babies,” she said in an interview for Cosmopolitan's April 2019 cover story. “But the bulk of the drama comes from the history they have.”

Barton first announced she had joined the reboot in an Oct. 3 Instagram video. "The secret’s out... I’m joining the cast of The Hills," she captioned the video of herself in a car, listening to Natasha Bedingfield's "Unwritten" (AKA The Hills' theme song). "When MTV approached me with the chance to be a part of the reality show that was inspired by The OC, it felt like the perfect opportunity for an irresistibly inviting new chapter."

In the video, Barton playfully whipped off her sunglasses and joked: “Welcome to The Hills, b*tch.”

Soon after, Barton seemed to be fitting in on The Hills perfectly. In a since-deleted Oct. 13 Instagram photo, the actor posed with co-stars Patridge and Stephanie Pratt, putting her own spin on two iconic lines from 2004's Mean Girls in the caption: "On wednesdays we wear whatever we want... and you can totally sit with us 💋" (The photo still lives on Pratt's IG account.)

Despite the instant camaraderie, Barton, who told Cosmo she'd been "approached by a million different people for a long period of time," her decision to join a reality TV show took some time. The deciding factor? Seeing most of the cast reunite at the 2018 MTV VMAs. Plus, she had her own kind of history with the series when it was in its original run from 2006 to 2010.

“It’s weird because I remember going out with Nicole Richie and people at the time, and we would come by set when they were filming The Hills,” she recalled in the joint Cosmo interview with her castmates. “She would drag me to the producer van to see what you guys had been up to all day. All these years later...it sounds corny, but it felt like this was supposed to happen.”

Indeed, everything seems to have come full circle for Barton, and fans will be tuned in to see how her new reality plays out on the small screen.