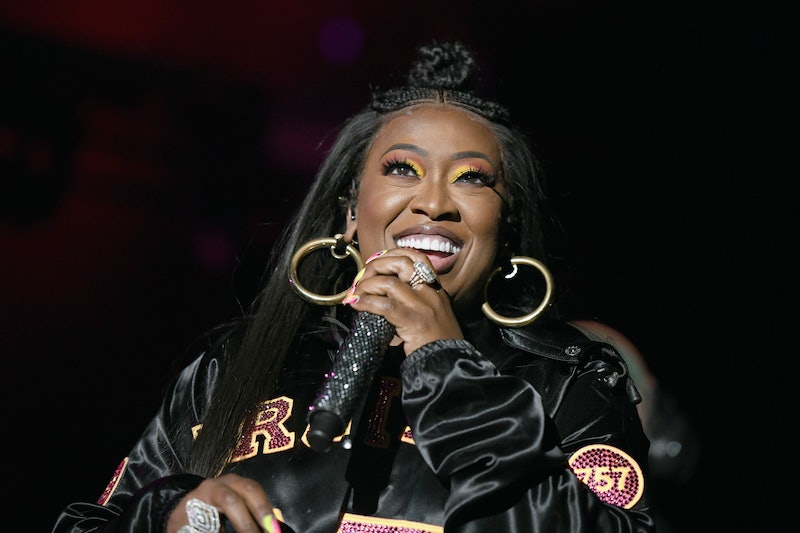 The decades sure do fly by when you are listening to Missy "Misdemeanor" Elliott's untouchable catalog. On Monday, July 15, Missy Elliott's Supa Dupa Fly celebrated its 22nd year on this mortal plane, which is bonkers. Man, one second you're watching "The Rain (Supa Dupa Fly)" debut on MTV. And then you blink, and when you open your eyes, 22 years have passed and Elliott's first album is basically old enough to rent a car.

“HAPPY ANNIVERSARY this day I dropped my album ‘SUPA DUPA FLY’ & I promise you the BEATS & RHYMES & FLOWS still SNAP!!!!” she wrote. “I PROMISE you won’t believe it dropped 22 yrs AGO... someone please put the link to the album below so new fans can check it out! It don’t disappoint.”

Listen to Missy and listen to Missy! She was not kidding when she said Supa Dupa Fly will not let you down; her first album ages like a bottle of wine that someone from the future put in a time machine and sent to 1997. Whether you play to one of the album’s singles (“The Rain (Supa Dupa Fly)”! “Sock It 2 Me”! “Beep Me 911”!“Hit Em wit da Hee”! We are not worthy of this group of singles!), or fire up a deep cut like “Don’t Be Coming (In My Face)” or “Gettaway,” your soul will feel like it has been swaddled in an inflatable patent leather suit.

On July 15, 1997, the recent Songwriters Hall of Fame inductee released Supa Dupa Fly, a fun, brilliant, weird, inventive, and transcendent record that she created with longtime friend and producer Timbaland. When Supa Dupa Fly turned 20 in 2017, The Undefeated spoke with Timbaland about the album's legacy: "'We did our job. We impacted the world," he said. "We made history."

As if being the 22nd anniversary of her debut album was not already plenty of reason to celebrate, Monday, July 15 also happens to be the day Elliott’s Marie Claire cover story dropped. In the feature, she said that up until recently, she was too busy “just going, going, going” to realize how truly influential she is. She explained, "It wasn’t resonating what was happening. After I did the Super Bowl [in 2015], my friends called me and they are like, ‘So, what you about to do?’ I’m here mopping my floor, and I got to wash the dogs. And they are like, ‘What? You just finished doing the Super Bowl.'"

She contined, "And the same thing happened...I was in the car with Michelle Obama [for Carpool Karaoke in 2016], and they called me like, ‘Girl, we got to celebrate; that’s huge!’ And I’m like, ‘I’m watching a movie on Netflix.’ Now that I’ve had a chance to slow down, I look back at stuff, and I look back at my ‘She’s a B*tch’ video [1999], and at the time I didn’t even think about it. But I look at it now and I’m like, 'This is still so many years ahead.'"

If there's one thing we can always count on, it's that Elliott will always make sure she's ahead of the game.