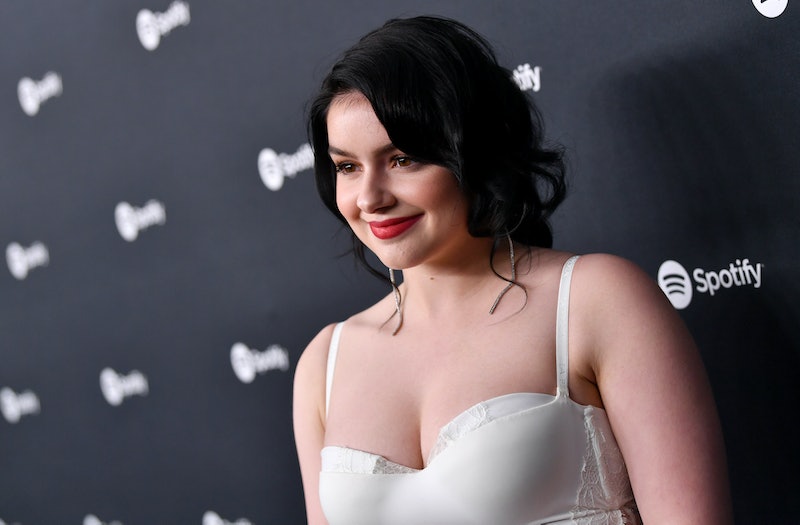 Modern Family has come to an end, at least as far as filming is concerned. The show's actors took to social media to express their love for fellow cast mates and celebrate the past 11 years of the series. But one cast member said goodbye in a different way. Ariel Winter's red hair was her send-off to the hit ABC sitcom, and it looks gorgeous.

Winter is known for her dark brunette color, and it became her character Alex Dunphy's signature as well. Now that the series has wrapped, the star can have whatever style she chooses, and she chose red.

The new color was done by Tabitha Dueñas of Nine Zero One Salon, and according to the stylist, the shade switch took seven hours to complete. Dueñas explains that to get Winter to the much lighter shade, she had to strip the dark hue from the hair using color remover before going in with multiple rounds of lightening cream. The result is a shade that Winter deemed "Strawberry Shortcake."

In her Instagram post debuting the new color, Winter wrote, "I’m a strawberry and a shortcake sooooo new nickname?" with cake and strawberry emojis.

If the color looks familiar to fans, this isn't the first time Winter has gone red. She previously had the strawberry blonde tone during a break from filming in May 2019.

Winter did post a goodbye to her dark locks before Dueñas transformed them. In several slides from her Instagram feed, the actor flips her formerly black hair over her shoulder and smiles at the camera. She captioned the images and video, "bye bye dark hair. I don’t think I’ll miss you," with several smiley faces.

According to Dueñas, the goodbye to dark hair may be for the long haul. The actor told the stylist that she'll never go back to black hair.