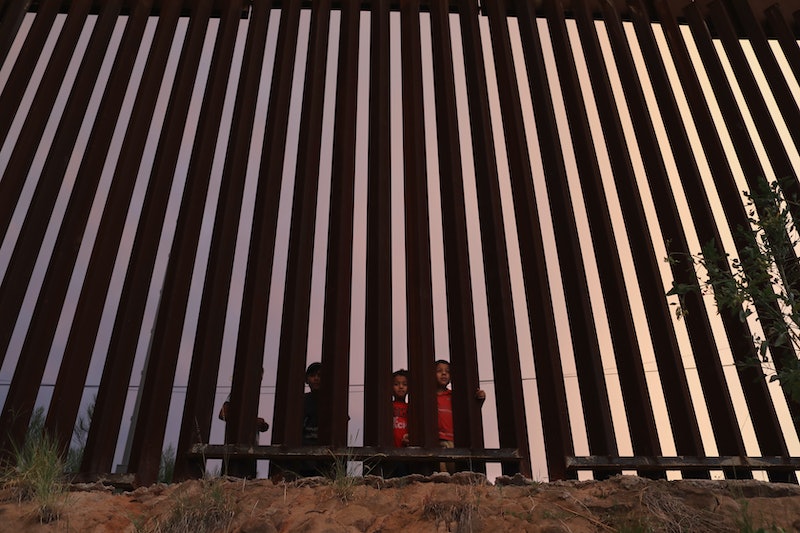 The Trump administration's decision to separate migrant children from their families at the southern border provoked outrage from numerous directions, and President Donald Trump eventually issued an executive order that reversed course. But the controversy surrounding the policy isn't over. According to a report released Thursday by the Department of Health and Human Services' (HHS) inspector general, the Trump administration separated thousands more children than previously reported.

In the spring of 2018, then-Attorney General Jeff Sessions directed border officials to rely on a "zero tolerance" policy for undocumented migrants attempting to cross the border. Under this policy, any migrants caught crossing without the proper documentation were to be prosecuted, as The Washington Post reported. Only adults can be prosecuted, though, which meant that children accompanying an adult were separated and sent to stay in government facilities. According to CNN, HHS previously reported that the Trump administration had separated 2,737 children from their families.

However, a new report from HHS' Office of the Inspector General (OIG) found that, while it cannot provide an exact figure, the actual number of children separated under the zero tolerance policy was far higher. The report also found that the family separations went on longer than had been previously reported.

"The total number of children separated from a parent or guardian by immigration authorities is unknown," the report read. "Pursuant to a June 2018 Federal District Court order, HHS has thus far identified 2,737 children in its care at that time who were separated from their parents."

In addition to the children already identified as separated, the report stated that the Office of Refugee Resettlement (ORR) learned about children whose status hadn't previously been reported.

After Trump signed the executive order, children were still separated at the border, according to both the new HHS report and previous data from the Department of Homeland Security (DHS). From July 1 through Nov. 7, 2018, ORR received at least 118 children identified by DHS as having been separated, the HHS report read.

The problem with identifying and tracking the children boils down to the fact that they all had to be transferred from DHS custody to HHS custody, and there was no coordinated system to formally track them, as The New York Times reported.

"More children over a longer period of time were separated by immigration authorities and were referred to HHS for care than is commonly discussed in the public debate," said Ann Maxwell, assistant inspector general for evaluation and inspections, according to CNN. "How many more children were separated is unknown."

"In a separate review, OIG is examining challenges that ORR-funded facilities have faced in reunifying separated children," the report read. "On the basis of those findings, OIG plans to recommend solutions to improve ORR program operations."