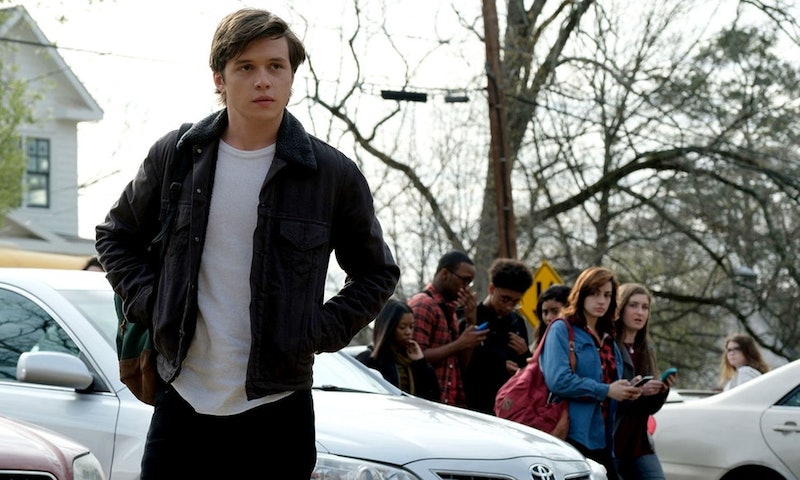 Even though they say the book is always better, the movies are doing quite all right for themselves. New research from the Publishers Association, a U.K. trade organization, shows that movies based on books make more money at the box office than those based on original screenplays or other media, and not just in the U.K. The report — which is titled "Publishing's Contribution to the Wider Creative Industries" and is available for download on the Publishers Association website — notes that "Book adaptations historically earn 44% more money in the UK (an extra £5.4m per film) and 53% more globally (an extra $91m per film) than films based on original screenplays."

Why do movies based on books make more money at the box office? It may come down to the fact that, as a page-to-screen adaptation, the film starts out with a ready-made audience. As the Publishers Association report puts it, "films can leverage the popularity of bestselling or well-known books. If there is an existing audience for the book (those who have read it, or at least are aware of it) then it is then easier both to produce the film to begin with and then to market it afterwards."

Even if the book a movie is based on wasn't particularly popular, a page-to-screen adaptation can make more money and encourage book sales at the same time. Researchers included two case studies in the report: one on the 2017 film adaptation of My Cousin Rachel by Daphne du Maurier, and another on the 2016 miniseries adaptation of The Night Manager by John le Carré. According to the report, "the sales of [My Cousin Rachel] in 2017 alone accounted for nearly a quarter (23%) of all sales since 1992, both in terms of copies and of revenue," and "82% of the copies [of The Night Manager] sold have been in 2016 and 2017 alone." That's nothing short of impressive, considering the fact that My Cousin Rachel and The Night Manager have been in print since 1951 and 1993, respectively.

And just so you know, the Publishers Association did not lump together movies based on novels and nonfiction titles with those based on comic books and graphic novels. If they had, the box-office revenue differences between page-to-screen adaptations and other films would have likely been significantly higher, considering the fact that five of the 20 highest grossing films of all time were based on Marvel comics. Those movies were placed in the non-book-based category, and only four of the remaining highest grossing films — Harry Potter and the Deathly Hallows, Pt. 2 (no. 10), Jurassic World (no. 5), The Lord of the Rings: The Return of the King (no. 19), and Skyfall (no. 20) — were considered to be "based on books" for the purposes of the Publishers Association study.

Even though the year is half over, there's still plenty of page-to-screen goodness to go around. To catch up on your binge-reading and -watching, check out this list of books becoming movies and TV series this year.