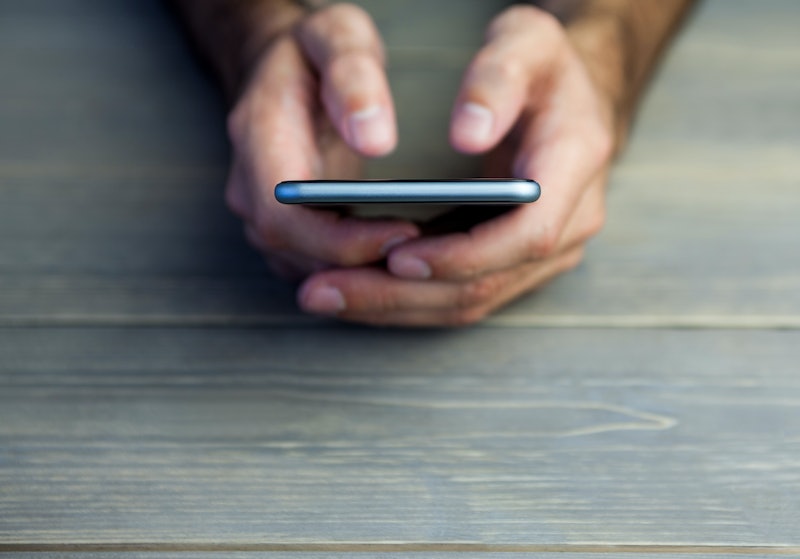 Over the last decade, there’s been a massive step in the right direction to bring justice for victims of image-based sexual abuse. Due to the tireless work of campaigners and charities the likes of revenge porn and upskirting have been made illegal. However, new research highlights the traumatic and lasting effects reporting these crimes can have on survivors and suggests more needs to be done to protect them. The report found that victims’ lives are shattered after speaking out about image-based sexual abuse and that current laws are outdated and ineffective. They highlighted that, while it’s undeniably a good thing that victims can seek justice, the way that their cases are dealt with can devastate their lives.

Professor Clare McGlynn and Assistant Professor Kelly Johnson from Durham University and Professor Erika Rackley from the University of Kent spoke to more than 50 survivors of image-based sexual abuse, as well as the professionals (police and lawyers) and third-sector professionals who deal with cases. The research concluded that steps need to be taken to protect victims as their lives can be devastated by the abuse they experience and that effects last long after they have gone to the police.

However, the review won’t be concluded until summer in 2021, meaning changes to the law are unlikely to happen until 2022. But McGlynn, Kelly, and Rackley have believe more needs to be done now.

The survivors who took part in the study highlighted the “social rupture” they experienced, which altered many parts of their life. They said they felt isolated from friends, family, and society as a whole and, due to the relentless, constant, and ongoing nature of the abuse, it deeply affected their relationships with the people there to support them.

Maya was one of the victim-survivors that spoke in the study. She said image-based sexual abuse “impacts your sense of self on every level.” She contineed: Because, for me, that has changed who I am as a person.” Maya also said:

“Maybe you could have something happen to you that was traumatic, but you don’t have to necessarily feel like you’re defined by it for the rest of your life. But with this, there’s such a level of permanence which affects everything ... especially if it’s impossible now to take photos down, especially if it’s impossible to stop the dissemination of the images ... There will never be a day in my entire lifetime that all of the images of me could ever be deleted.”

The study points out the need for specialist training for those working in the police, criminal justice system, schools, universities, and workplaces to make sure that cases are dealt with properly and compassionately. It also calls for government-funded education campaigns to raise the profile and challenge attitudes surrounding image-based sexual abuse.

However, under both these laws, the research points out, victims aren’t granted automatic anonymity, which McGlynn, Kelly, and Rackley argue needs to change. They also argue that "motive requirements" should be removed from current laws surrounding image-based sexual abuse to bring them "into line with other sexual and criminal offences." Expanding on this point, the study writes:

"Current law requires a focus on the perpetrator’s motivation, rather than on the fact of non-consent. This is not only out of step with most other sexual offences — so labelled not because of the motivation, but because of the mode of perpetration — but significantly limits the utility and application of the law."

Over half of the survivors in the study said they felt that the main thing that motivated the perpetrators to take and share images or videos of them without their consent was “control.” The findings confirmed a strong relationship between image-based sexual abuse, domestic violence, and coercive control, as other participants described their current or former partners behaviour as “controlling,” “manipulative,” “obsessive,” or “belittling.” The Office of National Statistics estimates that 2 million adults aged 16 to 59 years experienced domestic abuse in 2018.

Although the government is taking steps towards ensuring that laws protecting the survivors of image-based sexual assault are working as effectively as they can, this research has illustrated that more needs to be done.

More like this
This Is When Netflix Is Going To Start Charging You For Sharing Passwords
By Darshita Goyal
Forestcore Is About To Take Over Your TikTok FYP
By Sam Ramsden
Pret & Costa’s Coffee Is The Strongest On The High Street, According To Which?
By Sam Ramsden
Here’s What TikTok's "Mascara” Trend Is *Really* About
By El Hunt
Get The Very Best Of Bustle/UK
Sign up for Bustle UK's twice-weekly newsletter, featuring the latest must-watch TV, moving personal stories, and expert advice on the hottest viral buys.