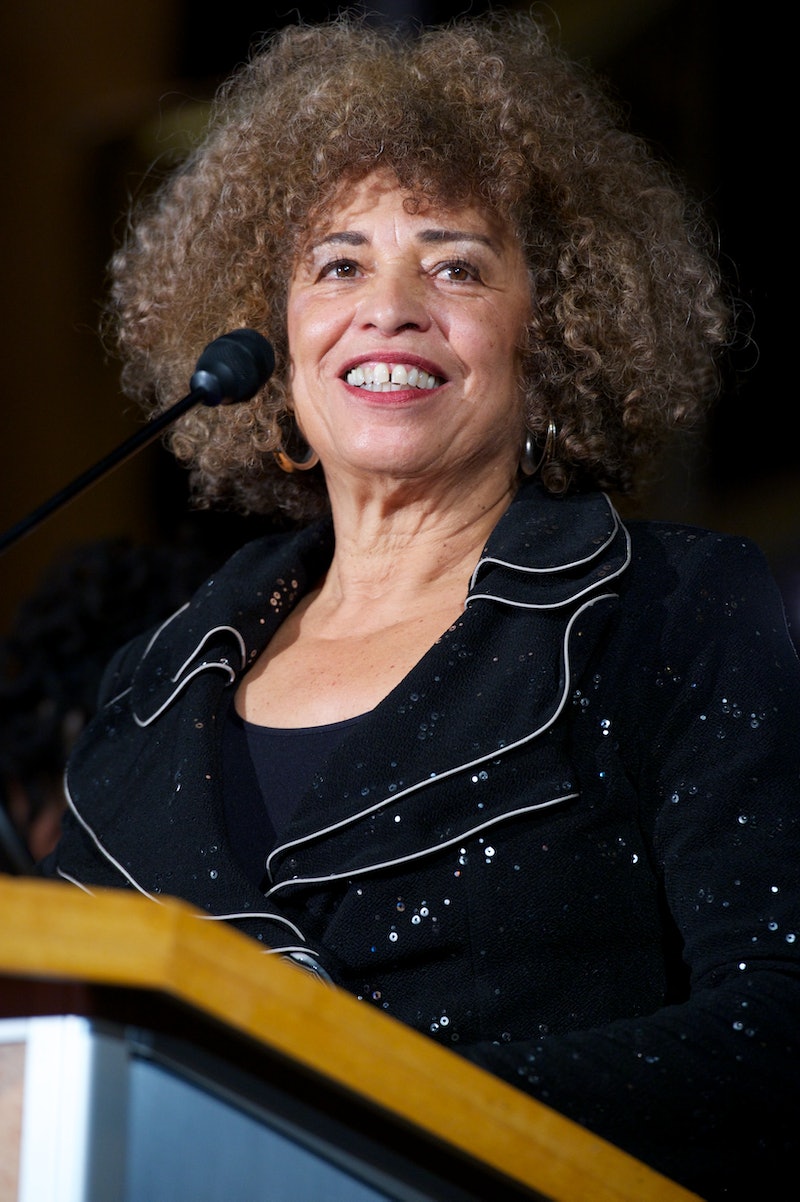 The greatest organization you might not have heard of, the National Women’s Hall of Fame, has been around for 51 years and includes more than 275 women who have changed the landscape of the arts, athletics, business, education, government, philanthropy, and science. And on Sept. 14, 2019, 11 more extraordinary women were inducted into the National Women's Hall of Fame during a ceremony at the site where the first women's rights movement convention took place in 1848 in Seneca Falls, New York.

"It shows up in the nominations because we ask the general public, and in a time when women are feeling like their voices need to be heard, they’re nominating women whose voices were loud," Ramanujan said. One such woman is Gloria Allred, founding partner of the law firm Allred, Maroko & Goldberg, which has reportedly handled more women's rights cases than any other private law firm in the country.

"I feel this connection, and I always have felt it — even before I knew I was going to be inducted — to the women’s rights pioneers who came before me," the AP quoted Allred, who continues to fight for women and represents accusers in watershed sexual misconduct cases like those against the late financier Jeffrey Epstein and disgraced Hollywood heavyweight Harvey Weinstein, as saying. "We still have more battles to fight in this war against women."

Other National Women's Hall of Fame 2019 inductees include Sarah Deer, a citizen of the Muscogee (Creek) Nation of Oklahoma, professor at the University of Kansas, and activist for indigenous women; Colonel Nicole Malachowski (USAF, Ret.), who has more than 21 years of experience as an officer, leader, and fighter pilot in the United States Air Force; and Laurie Spiegel, a composer whose work appears on NASA’s Golden Record, which was shipped out on the Voyager spacecraft.

Two other women were inducted posthumously. Louise Slaughter was one of the longest-serving women in the House of Representatives, the first chairwoman of the House Rules Committee, and co-chair and founding member of the Congressional Pro-Choice Caucus, which works to promote reproductive health and protect a woman's right to choose.

The other was Rose O’Neill, a celebrated artist, suffragist, and businesswoman who had her cartoons published in Truth Magazine in 1896, earning her the title of "America’s First Woman Cartoonist."

"We are pleased to add these American women to the ranks of inductees whose leadership and achievements have changed the course of American history," Dr. Betty Bayer, Ph.D, the hall’s president, said in a press release.

According to information released by the National Women's Hall of Fame: "Honorees are nominated by the public, judged by an interdisciplinary team of experts across the nominees’ fields, and selected for their invaluable contributions to American Society in the areas of the arts, athletics, business, education, government, humanities, philanthropy, and science."

More like this
25 Inspiring Quotes From Black Women To Celebrate Black History Month
By Kyli Rodriguez-Cayro and JR Thorpe
24 History-Making Black Women You Probably Didn't Learn About In School
By Ayana Lage and JR Thorpe
Twitter Is Identifying With Sally Field & Jane Fonda’s Friendship In New Viral Video
By Jake Viswanath
Watch Jacinda Arden’s Devastatingly Honest Resignation Speech
By Sam Ramsden
Get Even More From Bustle — Sign Up For The Newsletter
From hair trends to relationship advice, our daily newsletter has everything you need to sound like a person who’s on TikTok, even if you aren’t.