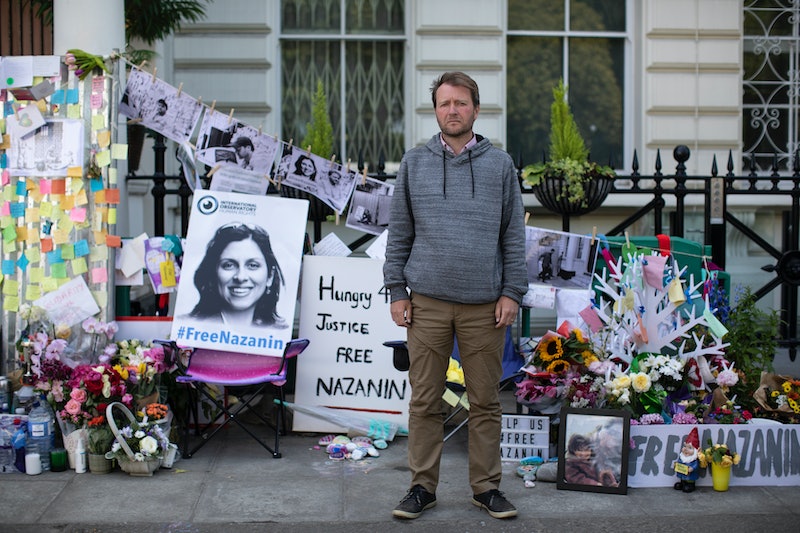 After weeks of campaigning from her family, Nazanin Zaghari-Ratcliffe has been temporarily released from Iranian prison amid concerns for her health during the coronavirus pandemic. The decision comes as Iran, also in the grips of the Covid-19 outbreak, granted temporary leave to 85,000 prisoners to prevent the spread of the virus among the incarcerated population.

Back in 2016 British-Iranian Zaghari-Ratcliffe was sentenced to five years of imprisonment for spying, but has always denied the charges. The charity worker had been granted furlough once before, but never fully released despite international pressure as the Iranian government refused to acknowledge her dual citizenship.

But with Channel 4 reporting that Evin prison where she was residing was “riddled with coronavirus”, pressure from her family saw Zaghari-Ratcliffe among the huge number of prisoners to be released, half of whom were political prisoners. The 41-year-old will be granted a two week break from her sentence until April 4, but is required to wear an ankle tag and cannot move from her parents’ home in Tehran. According to The Guardian, she is the only prisoner who has been granted a leave of absence in the last few weeks to be forced to wear an electronic ankle brace.

Speaking about her release, the mother-of-one told the Free Nazanin campaign: “Even with the ankle tag, I am so happy. Being out is so much better than being in - if you knew what hell this place is. It is mental. Let us hope it will be the beginning of coming home.”

She continued: “My thinking is that they want to keep me, but outside of prison until they sort out this thing. But to be honest, I just want to go home. I think they are showing a good gesture, as they are hoping to strike a deal. So they want to keep me out. If the deal won’t happen, then they will drag me back in. But if it does, then they will let me go from here.”

Zaghari-Ratcliffe had initially requested release after suffering common coronavirus symptoms, such as a fever, sore throat and difficulty breathing. In recent weeks, her husband Richard Ratcliffe had told The Guardian that her health had improved, but that the couple were slightly sceptical about his wife’s long term prospects.

“The last week the conversation has been really stressed on whether she would come out,” he said. At our end they felt like they were just playing a game.”

More like this
Watch Jacinda Arden’s Devastatingly Honest Resignation Speech
By Sam Ramsden
This Is When Netflix Is Going To Start Charging You For Sharing Passwords
By Darshita Goyal
Gen Z Are Twice As Likely To Identify As Queer, According To New Data
By Sam Ramsden
Twitter Has *A Lot* To Say About The "Single Penalty”
By Sam Ramsden
Get The Very Best Of Bustle/UK
Sign up for Bustle UK's twice-weekly newsletter, featuring the latest must-watch TV, moving personal stories, and expert advice on the hottest viral buys.