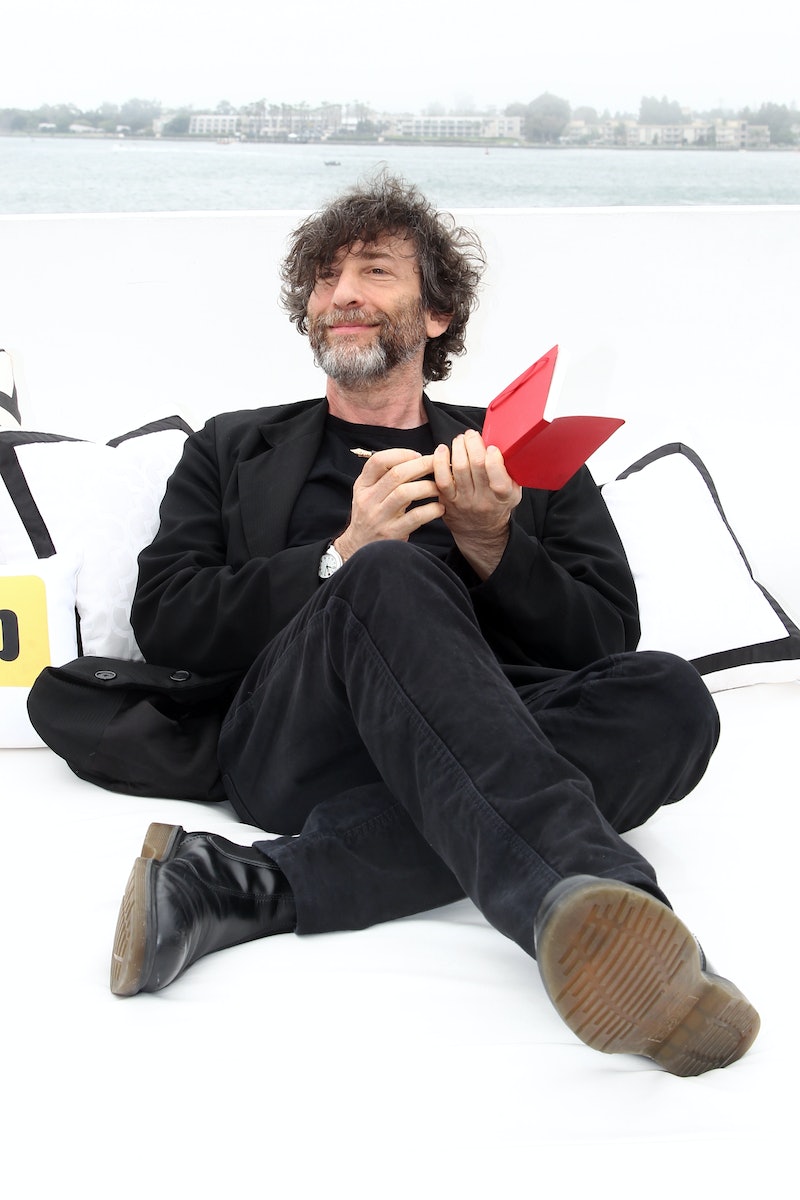 Your favorite living British fantasy author has a new book on store shelves and another on the way. Neil Gaiman's next book will be a sequel to Neverwhere, titled The Seven Sisters. Twenty years after he wrote a book "about the people who fall through the cracks," Gaiman returns with a sequel inspired by his work with the U.N. Refugee Agency (UNHCR).

Neverwhere began life in 1996 as a Gaiman-scripted BBC series, with Gaiman penning a novelization for release later that year. The story centers on Richard Mayhew, whose rescue of a young woman on the street results in his own disappearance from London. Suddenly invisible, Richard loses his job and his home, and begins his quest to find London Below, a secret world, "among which the lost, homeless and dispossessed of London move." Gaiman calls Neverwhere "this glorious vehicle where I could talk about huge serious things and have a ridiculous amount of fun on the way."

Riding high on the success of his latest work, Gaiman announced that The Seven Sisters would be his next book during Norse Mythology book tour stops in London and New York. The New York Times reports that The Seven Sisters "will partly be about the plight of refugees in a city struggling to adjust at a bewildering moment."

"London is in now, the kind of ways [it] is different to how it was 20 years ago, meant that I decided that it actually was time to do something," Gaiman says, adding: "Now I had things I was angry about. I cared about things I wanted to put in and I’m now a solid three chapters in."

No release date for The Seven Sisters has been announced at this time.