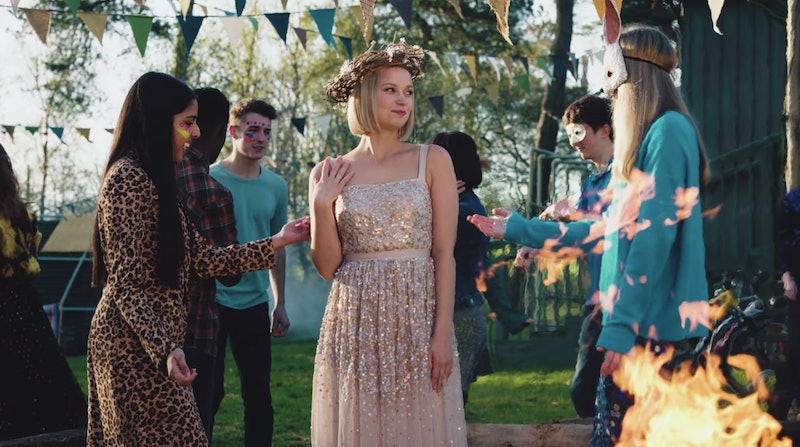 Because the show originally premiered on the BBC in 2018, British viewers are likely already well acquainted with the A List cast. But for international fans just tuning into the dark, twisty teen thriller, there may be a lot of new faces onscreen. And considering the show may very likely be your next obsession, you'll want to get to know them stat.

If you're just tuning in, here's what you need to know: the show follows a group of teenagers attending a summer camp on Peregrine Island, which is off the coast of Scotland. After they arrive, it quickly becomes clear something is amiss — either with the other kids there, the island they're on, or both. Amber (Ellie Duckles) and Mia (Lisa Ambalavanar) are the two dueling Queen Bees, but Amber seems to be the more malevolent of the two. "You need to be careful of Amber. She's dangerous. She gets inside people's heads, and then they're not themselves anymore," Mia warns in the trailer.

Overall, The A List looks like an interesting mix between Lost and Lord of the Flies with some serious Midsommar vibes thrown in. Get to know the show's young cast below before The A List hits Netflix on Friday.