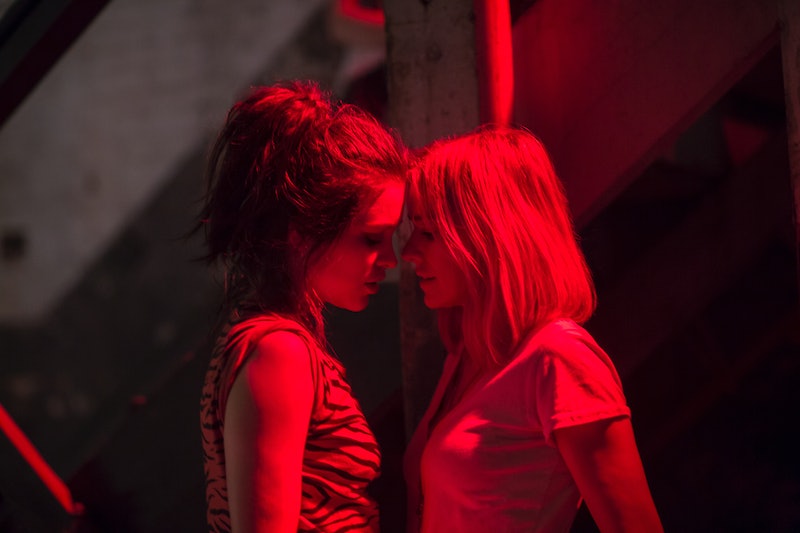 In recent years, Netflix has become a hotbed for bold, high-caliber television, and its newest endeavor may be one of its most daring yet. The Gypsy trailer, released on Thursday, teases a risqué thriller that falls somewhere between 50 Shades of Grey and Big Little Lies. The 10-part series stars Naomi Watts as Jean Holloway, a Manhattan therapist with a seemingly picturesque life who fast finds herself blurring professional and personal boundaries.

In the two-minute clip, you see Watts as an accomplished and devoted everywoman: She cares deeply about her clients, tends to her daughter lovingly, has hot sex with her husband (played by Spotlight's Billy Crudup). Upon first glance, she could fit effortlessly into the affluent, beachside town of Monterey, California, but much like the women of Big Little Lies, dark secrets quickly throw her world into disarray.

As detailed in Gypsy's official description, Jean sparks up intimate and illicit relationships with the people in her patients' lives, and it becomes exceedingly clear that she has a history of doing so. Her husband asks whether she's getting "emotionally involved" again, and seems intensely aware that she’s been lying about her whereabouts. He later presses her to control her impulses. "Does it make you feel powerful, to manipulate people like this?" he snarls.

Gypsy's suspenseful, heart-pounding premise, along with is focus on the tension between perfect worlds and somber mysteries, puts it in line with Big Little Lies, while its racier, sexed-up flashes immediately evoke 50 Shades. The latter is likely due large in part to executive producer and partial director Sam Taylor-Johnson, who helmed the first installment in the 50 Shades franchise, though Lisa Rubin wrote and created the show. Also appearing are Sophie Cookson (The Huntsman: Winter's War), Lucy Boynton (Sing Street), and Karl Glusman (Nocturnal Animals), among others.

Gypsy, of course, will likely have its own original appeal, but with touchstones as buzzy as 50 Shades and Big Little Lies, it already looks like a runaway hit.