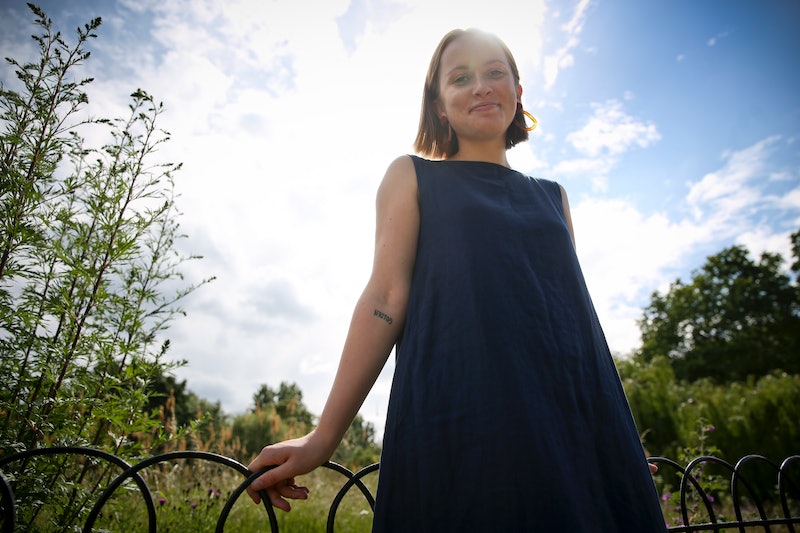 Trigger warning: This article contains references to sexual assault and harassment, as do its outbound links.

It will come as no surprise that being a survivor of sexual assault or abuse can, at times, feel incredible isolating. Now the BBC is bringing this challenging subject to light with the aim of helping survivors feel less alone. BBC Sounds' After will be a space where those who have experienced sexual assault can seek support by listening to or sharing personal stories of recovery. The brand new podcast will be available weekly starting 11 July 2019.

According to the Crime Survey Of England and Wales, 20 percent of women and 4 percent of men have experienced some sort of sexual assault since the age of 16. That is an estimated 3.4 million women and 631,000 men. In addition, the Independent reported at the beginning of 2019 that only 4 percent of those charged with sexual offences were prosecuted. BBC Sounds appears to have recognised that having safe spaces for survivors of sexual assault to heal, learn, and connect is imperative and may potentially lead to something very powerful.

Catriona Morton, 22, will be the host of the new podcast. Catriona is a survivor of both childhood sexual abuse and sexual assault in adulthood, which led to their breakdown aged 18, according to a statement sent from BBC Sounds to Bustle UK. After keeping their own trauma secret for over a decade, Catriona spoke out and discovered how many other people were also keeping this secret. Catriona soon became aware of how lonely survivors often felt, even after specialist counselling.

So, Catriona started their own blog titled Life Continues After in which they curated a communal space for anyone affected by sexual trauma to share advice and stories in the hope that other survivors may take away something useful.

Catriona's blog is divided into bite-size sections. There's "Sounds", for those who need musical suggestions, or for people who want to share songs that have helped them; "Family & Friends" for people who want tactics to support a loved one; "Words," where visitors can read articles written by survivors; "Sights" is for those looking for something new to watch or imagery to share; and "Events" is where the community can share fundraising efforts or spread the word about safe spaces for survivors.

Each episode of After will see Catriona speaking with a new guest. Every conversation will be unique and offer something completely different from the last. Women, men, and non-binary people from varying backgrounds will al share their stories, illustrating the length and breadth of what survivors look like and what their stories are.

The discussions will be split into two parts. The first part of the conversation is called "Then," where guests will speak to Catriona about what happened to them with as much or as little detail as they chose or are legally permitted to discuss. Guests may discuss difficulties with court cases, the support they received prior, or how they recognised exactly what it was they were going through.

The second half is called "Now". In this section, the survivors from the first section get to share their practical steps, resources, and methods they now follow along the path of recovery.

After will be opening up much-needed conversations around sexual assault and abuse. Hopefully the conversations on the podcast will aid in removing the stigma around this topic by breaking the silence and hearing all about how life continues after.

More like this
Here's Everyone Who Will Be Competing In 'Survivor' Season 44
By Brad Witter
'Brookside' Is Coming Back & Soap Opera Fans Are Going Wild
By Sam Ramsden
Gen Z Are Twice As Likely To Identify As Queer, According To New Data
By Sam Ramsden
Watch Jacinda Arden’s Devastatingly Honest Resignation Speech
By Sam Ramsden
Get The Very Best Of Bustle/UK
Sign up for Bustle UK's twice-weekly newsletter, featuring the latest must-watch TV, moving personal stories, and expert advice on the hottest viral buys.