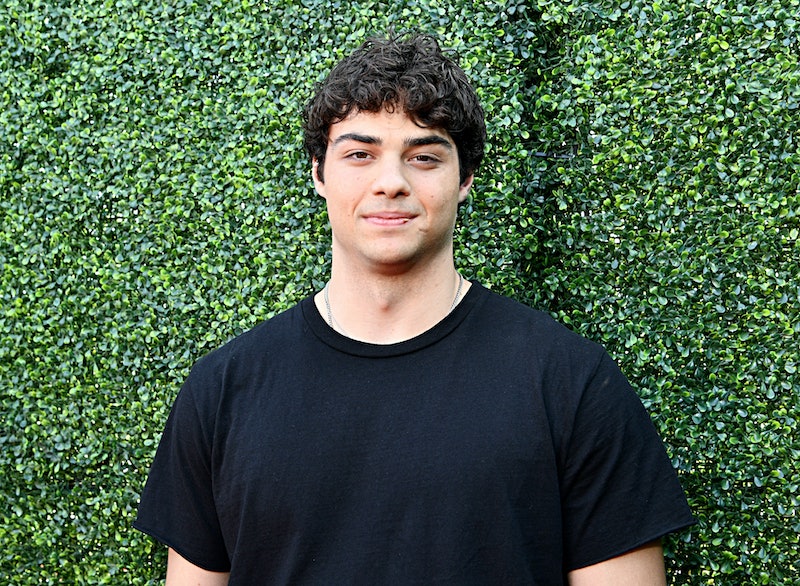 A year after audiences everywhere fell in love with Peter Kavinsky, the actor who helped him win everyone's hearts is saying goodbye, and Noah Centineo's To All the Boys goodbye tweet is guaranteed to make fans of the franchise very emotional. On Friday, August 17, the actor announced on Twitter that he had wrapped filming on the To All the Boys sequels, writing that "Tonight was my last night as Peter Kavinsky."

"I hope you all love these last installments as much as we do. Forever grateful for the opportunity to be yours," the actor continued, before thanking his costars and the creative team behind the films. "Thank you Lana [Condor], thank you [director Michael Fimognari], Thank you [producer Matt Kaplan], Thank you Netflix." Centineo wrapped up his emotional tweet by noting that he was "grateful to every person who told this story with us."

Centineo's goodbye tweet came just two days after Netflix announced the To All the Boys sequel premiere date in a Love, Actually-inspired social media video. The actor joined Condor and newcomer Jordan Fisher — who will play John Ambrose McClaren in the second and third installments — in the clip, holding up signs sharing that To All the Boys: P.S. I Still Love You will arrive on the streaming service on February 12, 2020.

In addition to unveiling the premiere date, the Netflix video also sent fans into a frenzy by revealing that the third installment of the series, To All the Boys: Always and Forever, Lara Jean was already in production. On Aug. 16, Condor and Centineo shared a video on Instagram, in which the on-screen couple revealed that they were on the set of "To All the Boys 3" and reveling in the fact that they could actually share that news with their fans.

"Spilling tea left & right!!!" Condor captioned the adorable clip. "TATB2: Ps. I Still Love You PREMIERES February 12th! & we’re currently filming TATB3: Always and Forever, Lara Jean!!! We love you all madly xx." In the video, Centineo explains that it's been " hard" keeping the news of the third film a secret from fans. "It's really cool [to get to share the news]," Centineo said. "People keep asking, 'Why have you been filming TATB2 for so long?'"

While Centineo is clearly thrilled about finally being able to share the news of Always and Forever, Lara Jean, it's not surprising that he got a little emotional after wrapping his final scenes as Peter Kavinsky. In September 2018, he explained to Teen Vogue why he thinks the character has connected so strongly with audiences, noting that the kind of "vulnerability" Peter shows is rare. "To All The Boys is one film amongst a couple other romantic comedies through the decades that promotes ... I don't know what they're calling it. A modern man?" Centineo said. "A man that's more emotionally accessible and available, and willing to communicate and actually care and nurture."

And playing Peter has changed not just Centineo's career, but also his personal life, by inspiring him to tap into some of that vulnerability himself. "By that process of unraveling someone else, I actually got better at understanding why I started feeling certain ways," he told Vulture in August 2018. "That’s the cool thing about relationships. You’re relating to someone else. It’s another thing to balance who you are off of."

Centineo might be done playing Peter Kavinsky onscreen, but it's clear that the character will continue to live on in everyone's hearts — Centineo's included. At least fans still have two more To All the Boys films on the way, so they don't have to say goodbye just yet.

More like this
'Avatar 2' Now Has A Teaser Trailer & Release Date
By Jack Irvin and Alyssa Lapid
'Wakanda Forever' Is Already Opening Doors For Mabel Cadena
By Grace Wehniainen
The First Trailer For 'That '90s Show' Includes So Many Nods To The Original Series
By Jack Irvin, Alyssa Lapid and Grace Wehniainen
Here’s Everything Coming To & Leaving Netflix In December
By Jake Viswanath
Get Even More From Bustle — Sign Up For The Newsletter