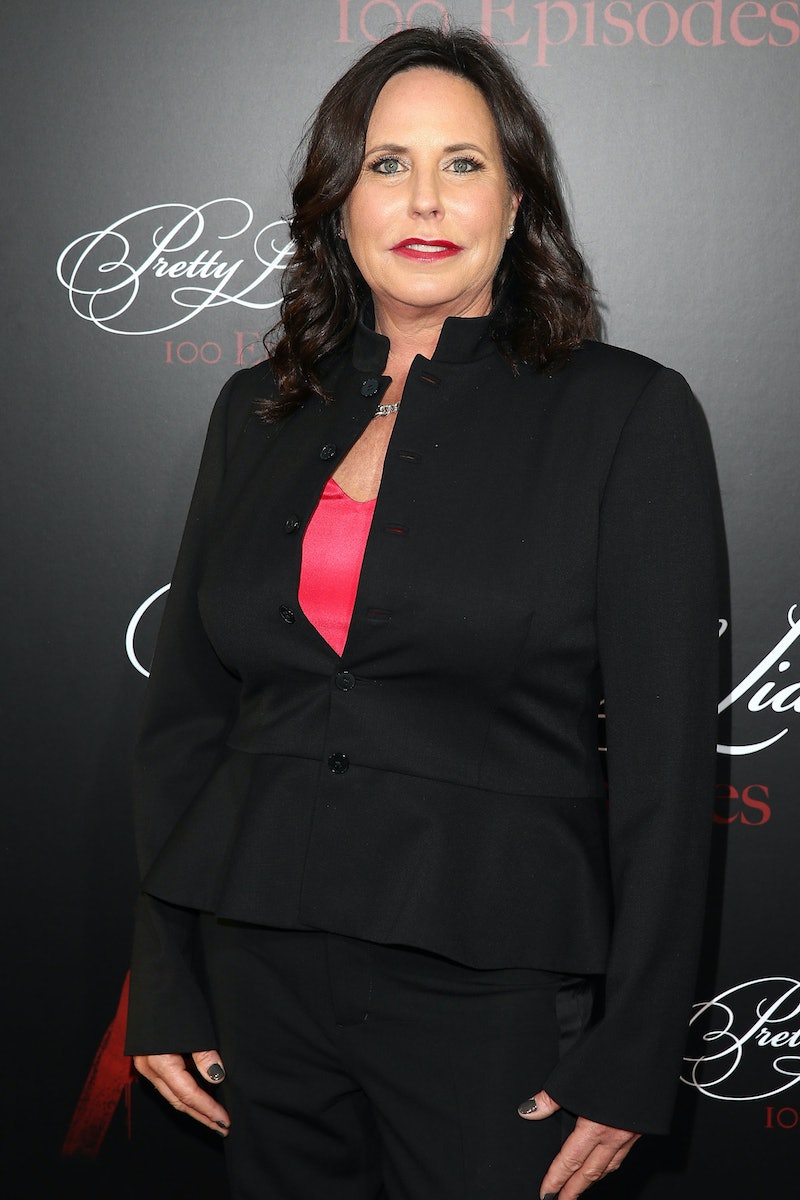 In the colossal folder I keep in my brain titled, Unsolved Mysteries from Pretty Little Liars, there's one particular mystery that has continued to haunt me for way too long: Who is Beach Hottie on PLL? And as the final episodes of the show are underway on Freeform, it's definitely time to revisit this lingering puzzle piece. And guys, prepare yourselves, because it sounds as though not even I. Marlene King knows who Beach Hottie is on PLL. This means that I may have built that elaborate Beach Hottie theories board in my office for nothing. What a complete waste of red string, you guys.

Speaking at the Freeform Upfronts, Bustle asked King whether we'll ever find out who exactly Beach Hottie is, to which she responded.

So, suffice to say, we're eagerly awaiting her definitive response on that one. It's interesting, however, that King's immediate response to the question concerned Detective Wilden, as that's actually who CeCe believed Beach Hottie was. But a belief is not a fact, and CeCe's speculation regarding his identity was never actually officially proven in the show.

As a quick refresher for those of you who don't have an elaborate theory board regarding the topic, "Beach Hottie" was a moniker Alison gave to an anonymous hookup in her diary. He's some dude that she enjoyed a fling with while vacationing in Cape May, but couldn't tell any of her friends about. And, according to CeCe's version of events, he was also the guy that Alison slept with, resulting in a false pregnancy scare.

For a while, it seemed as though Ezra Fitz could be Beach Hottie, a theory which was scratched off the list when it was revealed that he was, in fact, "Board Shorts," and definitely did not have a sexual relationship with Ali. And then, there was Detective Holbrook, a guy who was proven to have had a romance with Ali when they were shown kissing at the Ice Ball during "How The A Stole Christmas," which definitely raised his game in the Beach Hottie suspects list.

But there was also the lingering possibility of the constantly suspicious Wren Kingston, who fit the potentially sketchy profile due to him being a total creep, with a history of liking high school girls (which actually worryingly describes a lot of the men on PLL, but never mind — Wren was kind of the worst regardless).

The truth is we may never actually find out who Beach Hottie is. And if King herself isn't too sure either, then, man, I think it could be time to simply wave that white flag of defeat and throw in the beach towel on this particular conundrum. Because this is one secret that the show may actually take to its grave.